Retail activity in Manchester centres on Manchester city centre. Historically, Manchester’s shopping district was situated in the Northern Quarter area of the city centre until the opening of the Manchester Arndale in 1975. Manchester’s retail industry is the fourth-largest in the United Kingdom behind London and narrowly Glasgow and Birmingham.

Manchester Arndale is the sixth largest shopping centre in the United Kingdom and largest city centre shopping mall in the country with 148,600 square metres of retail floorspace. The Arndale opened in 1975 and the city’s shopping district shifted from the Northern Quarter.

Exchange Square is home to New Cathedral Street, Shambles Square and The Triangle shopping mall. New Cathedral Street, like King Street and Spinningfields consists of upmarket retailers including a Selfridges department store as well as Harvey Nichols, the largest Ted Baker and Hugo Boss stores outside London, Lacoste, Louis Vuitton, Reiss, Henri Lloyd, Massimo, Zara and Burberry (west side).
Historically known for its links as the centre of the banking industry in Northern England, the street consists of historic buildings, most of which were built for banks. Examples include 53 King Street, Midland Bank Building, and the Former Bank of England Building.

Spinningfields is a business and retail district in the western half of the city centre. The district is generally home to upmarket retailers such as AllSaints, Armani, Brooks Brothers, Calvin Klein, DKNY, Kurt Geiger, L.K.Bennett, Mulberry, Ted Baker and T. M. Lewin. 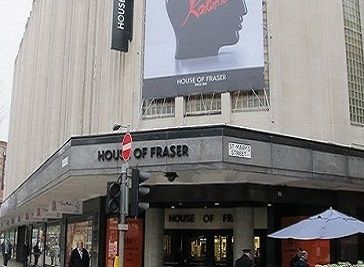 Visit the House of Fraser department store in Manchester, where you will find the widest range of designer brands to shop on the high street
Read More 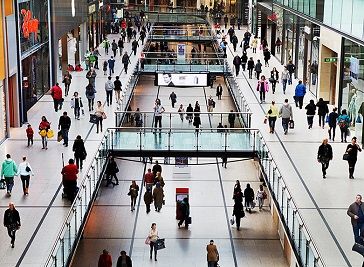 Manchester Arndale is easy to reach by foot, train, bus or Metrolink and has an NCP multi-storey car park right next to the centre. It's always good to re-fuel as you shop. From coffee and cake to family meals, the choice is mouth-watering.
Read More 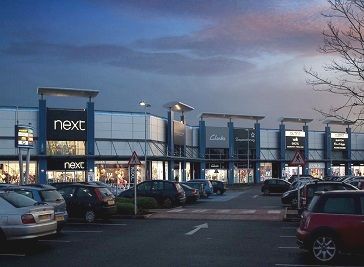