Manchester and the surrounding areas are now well served by a number of attractive cycle routes.

National Cycle Networks routes 6 & 60 which pass through Manchester are an ideal way to see some of the cities highlights.

Manchester is a bike-friendly city with many marked cycle lanes and dedicated routes throughout the city centre and beyond.

The Manchester city council will generally favour locations suitable for clusters of cycle stands or in some cases ‘toast racks’ rather than single racks and say they are best installed where there is a good light and good natural surveillance, not tucked away out of sight.

Some local organisations made separate Clean City bids for bike parking, and these locations are being considered as part of this project.

Manchester Cycle course offers riders the opportunity to pedal through the closed roads of Manchester city centre and take in the sights from a whole new perspective.

Starting and finishing in the Etihad Campus, home of Manchester City FC, the route takes in Mancunian Way, a section of motorway normally off-limits to cyclists.

The National Cycling Centre was Britain's first indoor Olympic cycling track, and since it opened in 1994, has become one of the World's finest and fastest board tracks. The track is in constant use seven days a week and, thanks to the comprehensive programme of activities for all levels of ability, it is one of the busiest in the world. From elite athletes to novices, the track offers sessions to anyone seeking to experience this exciting sport.
Read More 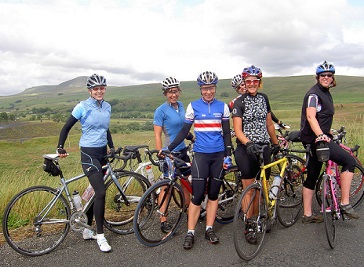 We are a Manchester based cycling club with a proud history. We have regular rides and members competing in road races, time trials, cyclo-cross and on the track.
Read More

Our aim is to increase the total number of journeys made by bike across the city region from 2% today to 10% by 2025, making it a mainstream, every day and aspirational form of transport. We have made a great start, building the infrastructure and providing the support needed to encourage people to start cycling; segregated cycle lanes, Cycle Hubs and free skills training sessions are all helping turn Greater Manchester into a true cycle city.
Read More