The colorful home of one of the largest Chinese communities in Britain, Chinatown is only a stone's throw from the Manchester Art Gallery. The richly decorated arched gateway leading into the district is especially striking. Many shops and restaurants offering a wide range of culinary delicacies from Hong Kong and Beijing have become established in this quarter. Chinese handicrafts can be found at the Centre for Contemporary Chinese Art. 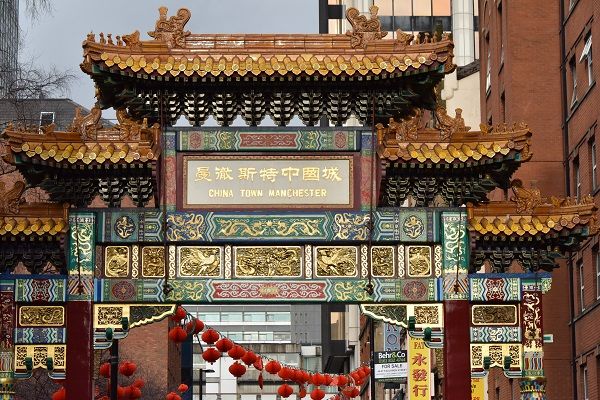 Chinatown is uniquely ‘Northern’, flying the flag for Manchester, and for independence.
They remain an area with a strong sense of community and camaraderie but also offering a rich and varied day out.

It is an area that has grown organically, from one or two pioneering laundrettes and eateries in the early 20th century, to a sprawling assortment of SouthEast Asian Cultures. Chinatown is much more than a few streets of retailers and restaurants; it is one of the most colourful areas of the city centre and abuzz with visitors, families and tradesmen. It is home to a cornucopia of characters and cultures, of all ages and origins.