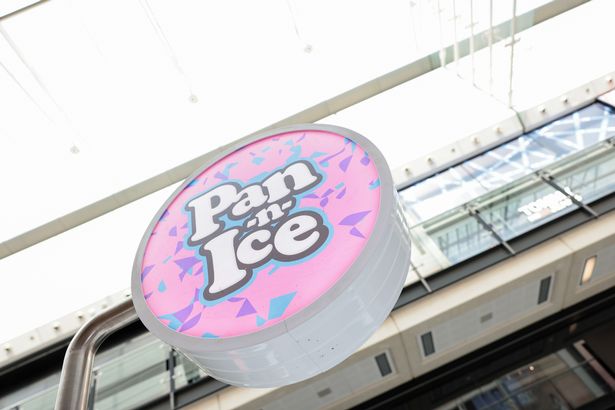 It was five years ago when Pan-n-Ice landed in Manchester, taking a spot within Selfridges’ food Hall at The Trafford Centre. And today, they launched a second parlour at Manchester Arndale, keeping queues of hungry shoppers happy with their unique ice cream and frozen yoghurt rolls.

Pan-n-Ice was established after founder Henry and his friend discovered flash-freeze ice cream when backpacking around Thailand seven years ago. When they returned to the UK they wanted to spread fun, flavour and positivity through these quirky ice rolls.

To say it has been a success would be something of an understatement – to date, the ‘Ice Roll Company’ has popped up at Harvey Nichols, Bicester Village, Topshop Oxford Street, and has even hosted large-scale events in New York City and Abu Dhabi.

The rolled ice cream – also known as stir-fried ice cream – is a frozen dessert made up of a mixture of cream, milk, sugar and a myriad of other flavours. Originating in Southeast Asia, Thailand often receives the credit for inventing this sweet treat, but it is also common in other countries including Malaysia and the Philippines.

In the UK, Pan-n-Ice was one of the first companies to pioneer this quirky new ice cream trend. To make the delicacy, super cold metal pans are used – we’re taking -30 degrees – and then the ice cream base is poured into these, along with other ingredients such as strawberries, meringues and biscuits.

The mixture is then sliced and diced using metal spatulas to bring the flavours together, while introducing air to create a light, delicate texture. To finish, the flavour-packed blend is then flattened into a rectangle and separated into strips, before being rolled up into spirals.

This theatrical display takes place in front of customers’ eyes, and all they have to do is pick their base – either yoghurt or ice cream – and decide on toppings and sauces. A number of variations are available including ‘Being Kind Makes You Cool’ with Nutella and strawberry; ‘Mess That Was Eton’, a mix of strawberries, raspberries and meringue; and ‘The G.O.A.T.’, a blend of Oreo, Nutella, Ferrero Rocher and Kinder Bueno.

On our visit during the Pan-n-Ice opening earlier today (Wednesday, 14 September), we tried out a Manchester special, the Bubbalicious – a blend of pink and blue bubble gum. Softer and lighter than usual ice cream, it went down a treat, and its quirky appearance made it all the more appealing.

For those after vegan-friendly options though, fortunately two of the ice cream roll options are made use a soy milk product – so everyone is catered for.

Pan-n-Ice is open now at Manchester Arndale, and is open 12-9pm every day except Sundays when it is open from 12 until 5.30pm. The concession will open until February.