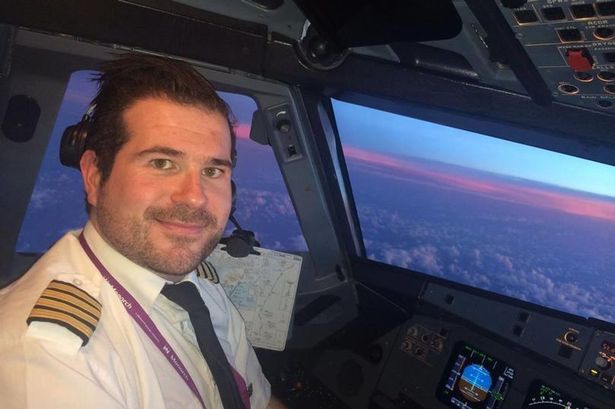 An airline pilot who has been made redundant three times in three years has launched a funeral home in an effort to forge a new career away from the skies.

William Barron was piloting long haul flights for Virgin Atlantic when he was made redundant earlier this year after airlines were grounded by the pandemic.

It was the third time in three years he had lost his job – after previous employers Monarch Airlines and WOW air went bust.

The 40-year-old has now set up Bespoke Funeral Care in his home town of Ilkeston, Derbyshire, along with fellow pilot Christopher Hudson.

It is the last thing William would have expected to do at the start of the year, but he found himself with few options.

He said: “My last flight was from Johannesburg to Heathrow, and then I was furloughed in March along with 700 other pilots.

“It was okay at first, we were getting almost fully paid and we thought it would be over in four weeks.

“But then April turned into May, and I was notified I was at risk of being made redundant.

“It was based on length of service and other factors and the day after the 45-day consultation they said I’d be made redundant.”

William said he would have tried to get another job as a pilot, but it simply wasn’t possible.

He said: “Virgin are a fantastic employer, it’s just the industry has been badly affected – long haul routes have been decimated.

“Unlike the previous two times I lost my job, the entire industry has been affected.

“There’s no second option – I realised there were not going to be any more jobs as pilots anywhere.

“There I was at the age of 39 having to seriously think about a complete change of career.”

So he fell back on something he had experience in that wasn’t aviation-related – funeral care.

He said: “I used to be a pallbearer in Ireland when I was young and I enjoy giving people empathy and being there in their hour of need.

“Being made redundant was the push I needed to take that jump – all things being normal I wouldn’t be a funeral director.”

Since June, William and Christopher have been directing funerals with the help of a dedicated team who are able to do some of the tasks they cannot.

He said: “We’re employing two very experienced ladies who have worked at the Co-op Funeral Care.

“I wanted to do the embalming myself, but the course to learn how to do it has been suspended because of coronavirus.

“So we have these ladies coming in and helping us with that.

“We’ve made a huge investment with a mortuary that can hold the deceased, leasing the hearses, and we have so many wonderful suppliers for things such as flowers and coffins.”

He said one of the most important things in the job is being able to make sure everything runs smoothly.

“The challenge is getting people to trust us.

“You’ve got to manage everything on the day – from the music they want playing to the cars and the flowers.

“You’ve got to give empathy and allow for their grief and help them with their difficult decisions – you never expect to have to organise a funeral.

“If the hearse breaks down there must be a backup, if the flowers don’t arrive you can’t just say they aren’t there.

“You cannot afford to get something wrong and it’s the same in aviation.”