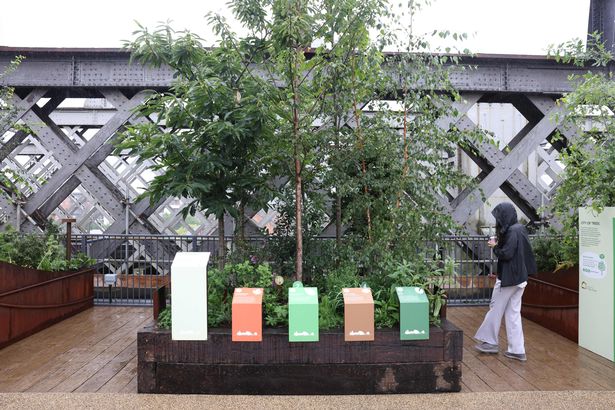 The first batch of tickets for Manchester’s new skyline park sold out this just a few hours after they went live. The Castlefield Viaduct opens to the public on Saturday, July 30, just five months after work began on the historic steel structure.

Tickets went on sale at 8am this morning and sold out by 2pm – the next three weeks, up until August 21, are now fully booked. Mancunians will have to wait until this Thursday, July 28, to apply for tickets for the next batch, which covers August, 22 onwards.

Some people on Twitter reported that the site had in fact crashed when they went onto it this morning. By the time they managed to get back on, all the slots were sold out.

“I had 2 in my basket for Mon 8th, got the last page & the website kept timing out. Basket is now empty & there are no tickets available. I have no idea whether I was successful or not! Can you help? Thanks!”

The park is free to enter, but tickets are required and admission is limited due to weight restrictions on the Victorian structure – the site is able to welcome 100 people a day. Guided tours will also be available as part of the ‘park in the skies’ experience.

The Manchester Evening News visited the new ‘park in the skies’ last Friday for a first look at the urban park, which runs across the Grade II listed Victorian viaduct. Hilary McGrady, Director-General of the National Trust, who spoke at the preview event called the day an “incredibly exciting” realisation of a “long-term vision”.

Speaking at the time, McGrady said: “I’m not sure I’m going to be able to speak because I’m so emotional about today. I can’t believe what has been achieved here.

“This project is about asking the people of Manchester how they want to use it,” she told the M.E.N. “The test really here is to present a place for people from Manchester to decide what they want to do with it.”

The elevated green space is designed to celebrate the industrial heritage of Castlefield, with a section of the viaduct left untouched to give visitors a sense of how nature has reclaimed the area since the site closed in the 1960s. The National Trust has teamed up with a series of local partners including the Museum of Science and Industry and City of Trees, with both designing and planting their own bespoke garden patches.

Many of the plants and flowers incorporated into the structure and along the viaduct also have special significance for the city. Visitors with a keen eye will be able to spot Cotton grass – the plant of Manchester – as well as the red rose, in a nod to Lancashire.

The National Trust initiative will remain open for 12 months, during which time visitors can explore parts of the viaduct and find out more about its heritage, the city’s long history with plants and trees and learn urban gardening tips. Visitors will also be given the opportunity to provide feedback on the space as part of a series of forums and events.

The next batch of tickets for Castlefield Viaduct will be made available on Thursday morning for the week beginning August 22. Tickets will be added to the site one week at a time, four weeks in advance.