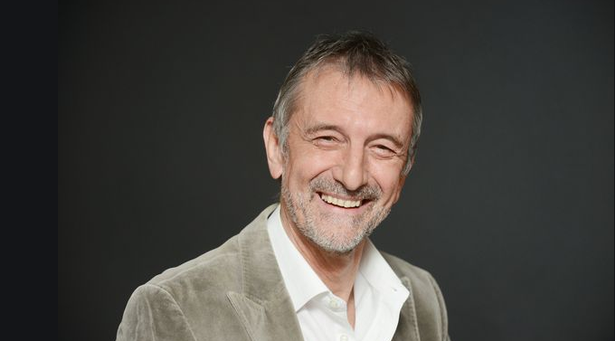 Theatres will welcome the Government’s £1.57billion bailout of the cultural and arts sector but will remain in limbo and under threat until finer details are announced, a leading theatre boss says.

Adrian Vinken, chief executive of Theatre Royal Plymouth (TRP), the UK’s largest regional theatre, said it would be “churlish” not to welcome the support package of grants and loans announced by culture secretary Oliver Dowden.

But Mr Vinken said that though the package represents a significant amount of money, it has to be spread around many theatres, galleries, museums and cultural attractions, including major London attractions such as the National Theatre, Royal Albert Hall and Royal Opera House.

Therefore it is not known yet how much TRP and other regional theatres, will receive, and, more crucially, when they will get the support.

Finance needs to arrive soon, he said, and be sufficient to support theatres until they can start earning its own income.

With the theatre, along with all others, having no income during the coronavirus pandemic lockdown, the business is in a perilous situation and Mr Vinken said decisions on how much is paid and when need to be forthcoming soon.

Mr Vinken said all large venues that require a lot of people to attend shows are now in “limbo”.

Already, more than 100 jobs are at risk among the 340 staff at TRP, and Mr Vinken said that if there is no certainty on when the theatre can reopen fully by the autumn, decisions on whether to make more staff redundant and even “mothball” the theatre will have to be taken.

He said the Department for Digital, Culture, Media and Sport needs to reveal the “devil in the detail” of the announcement as soon as possible.

“Given the weeks of anxiety and uncertainty that there might not be a future for the theatre, this (financial support) has got to be great news,” he said. “It would be churlish to say otherwise. But we don’t know what it means for TRP, or regional theatres.

“When you spread it (the financial package) across the whole UK and the heritage sector as well, libraries and galleries, how much will be available for TRP? But, hopefully it will buy us some time. How far that extends depends on how much money and whether it can stretch far enough, to the point when we can open our doors.”

He added: “If there is not a positive intervention from the Government soon then our board would have no option but, in the early autumn, September or early October, to enter a second phase of large-scale redundancies, or wind down and mothball the theatre until some stage in the future,” he warned. “If nothing happens, that is inevitable.”

Mr Vinken added: “And we don’t know how far this will stretch. At what point on the horizon are we going to be able to reopen the theatre without social distancing and find our way to trade self-sufficiently.”

He said, therefore, the theatre, like others around the UK, was in the hands of the Government and its scientific advisors, who will say when it is safe to reopen, but, critically, must also convince the public it is safe to attend shows.

As soon as it gets the word, however, TRP is ready for curtain up, with a pantomime lined up for Christmas 2020, and shows already scheduled for the Drum auditorium.

“We could start with a bang before Christmas,” he said. “But I haven’t got a crystal ball.”

Popular action has been taken to support the TRP, with the large Messenger statue, right outside its front doors, even wrapped in tape as part of a national Missing Live Theatre campaign.

TRP relies on ticket sales and retailing of food and drink for 91% of its income, none of which has been possible during lockdown.

Mr Vinken said the Government’s furlough scheme had been responsible for keeping the theatre, and others, alive to this point.

“It’s been critical,” he said. “It stopped us hitting the buffers.”