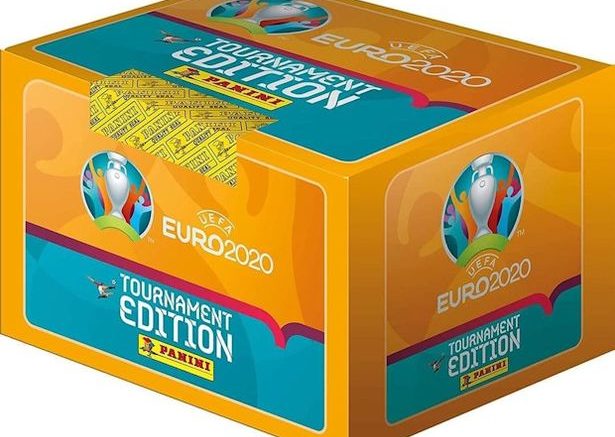 A new EURO 2020 Panini sticker album is scheduled for release on March 30.

Further information on the album will be imminently, but here’s what we know so far and where you need to go to get your collection underway.

As started in 2016, the upcoming European Championships will include 24 teams instead of 16.

It’s also promised that this year’s album will be the first ever to include 23 players in each squad. What players will be included also remains to be seen given official squad announcements for the tournament aren’t due until May.

Whether the prospect of more stickers than ever is exciting or daunting is open to individual interpretation. But the best place to get started is Groupon, who will soon be offering a bumper 60 or 120 packet starter kit here.

One very important thing to remember is that two separate versions of the album are currently on the market.

Due to the postponement of the tournament, a blue ‘preview’ version is also available. The album that is due for release on March is the orange ‘tournament’ version, as seen pictured above.

As always, additional stickers with information on host cities and tournament history will also be part of the collection.

The soon-to-be-released album will also include statistics and fun facts throughout. #GotGotNeed

How to watch Brassic as Michelle Keegan confirms season 4 date