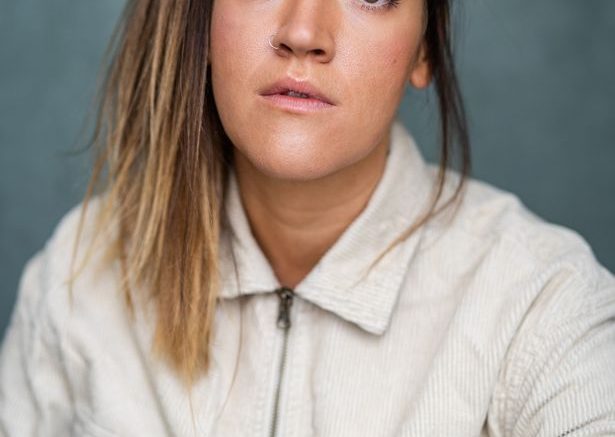 It’s been almost a year and half since theatres first grounded to a halt as the pandemic took control over the country.

During that time, the industry has held on by the skin of its teeth but there is a silver lining on the horizon.

On June 21 – well, at least for the time being – theatres are set to reopen under the latest government guidance.

For those desperately eager to fill their lives with shows and gigs once again, the Royal Exchange’s comeback production features the perfect combination of the two.

Bloody Elle is a one-woman-show written and performed by Lauryn Redding.

It tells the story of a young musician who falls in love for the first time with someone who just so happens to also be a woman.

For actor and musician Lauryn, who is originally from York, the show is a result of the pandemic although it’s something she says has always been there itching to come out.

“Although Bloody Elle was written during the pandemic, I feel like I’ve been working on it for a really long time,” Lauryn, 33, tells the Manchester Evening News.

“I wrote about four of the songs when I was a teenager. I had a lot of unrequited love when I was growing up and I realised that was exactly what needed to be included in the show.

“I wouldn’t say the show is autobiographical, but it is definitely based around my own experiences of being a young queer woman in the North.”

As a child, Lauryn says she was brought up around music. Her dad played in a band so music was ingrained in her from a young age.

“I started playing guitar when I was about 12 and I got into writing my own songs,” she explains.

“I started busking and gigging anywhere that would take me and being the support act for my friend’s bands.

“Through all of that, I realised that I really loved it but I also really wanted to get into acting at the same time.

“I got into a drama school where I could study acting and musicianship and it made me realise just how much singing and performing is just like acting and the two can work really brilliantly together.

“It means that I’ve managed to hone in on my skills as a musician but music also made me a better actor – it’s universal, we all feel it no matter what genre you like.

“Music is only going to make you a better actor if you can feel the rhythm and the vibes.”

It’s that experience that Lauryn is now using to her advantage when it comes to Bloody Elle.

“I used to gig all the time and gigging is where I feel most at home,” she explains.

“So many people see theatre as inaccessible and maybe something that’s too elitist but those people will happily go to gigs or go to a pub and watch a band.

“For me, they’re the same thing just in a different bowl of water.

“What I’m trying to do is make it a gig so people think they’re going to see some live music and then we kind of trick them into going to the theatre and seeing a play at the same time.”

Having been based in London for drama school, the idea was for Lauryn to stick around in the capital but she says that she soon fell out of love with the city.

She began working at the Oldham Coliseum and eventually moved to Greater Manchester where she lived for five years.

She was set to perform in a production in London when the pandemic first hit.

While the pandemic has been increasingly tough for performers, Lauryn says she has been able to find positives out of the situation.

“Don’t get me wrong, the pandemic has been horrendous and the industry really has been torn apart,” Lauryn explains.

“It’s been devastating but you have to find the light in things.

“Because of Covid, I had time to sit and write this. We’ve had a chance to really hone in on it because there’s been no rush – none of us had a timescale, we didn’t know what was going on or when theatres would be able to reopen.

“The team we have, because of Covid and because our industry has been so drastically affected, is made up of people who were normally really busy and were free and available to read it or think about potentially working on it.

“A lot of these people are usually booked up years in advance – they might have never come across the story otherwise.

“Because of Covid, it also means that people have been able to do more things that they want to do.”

The pandemic has also resulted in those songs she wrote in the echo chamber of her bedroom as a teenager bein part of a production that is now reopening the Royal Exchange theatre.

“To be opening the Royal Exchange with a one-woman female-led written and performed show about a lesbian love story is a pretty big deal,” Lauryn admits.

“Taking up space like that, for me, is quite a big responsibility.

“I can’t wait to share the story but I also realise the significance that it needs to be told.”

The show’s opening also coincidentally coincides with Pride Month, which Lauryn says she hopes will work in her favour.

She explains: “There’s a lot of people who think queer stories aren’t for them but what I wanted to do is make a love story that anyone can relate to regardless.

“It’s not just for gay women, it’s for everyone.

“But, at the same time, I feel like it’s a story that needs telling – I feel like this is something I could have done with watching when I was younger and I think a lot of people will feel the same.”

And it’s that importance that Lauryn feels has given her a duty of responsibility.

Thankfully, that responsibility is something she says she feels quite proud to wear on her shoulders.

“Being an actor and working in this industry is about making art,” Lauryn explains.

“Unless you’re making art for some reason then there’s no point in making it.

“I never just want to make a play for the sake of doing something, I want to do it because it makes people think or feel things and maybe question things.

“That’s what’s important because I know art and music has helped guide me through my life.

“There’s not enough female queer people in the public eye that are taking main stories.

We tried a Vimto flavoured cheesecake and were pleasantly surprised