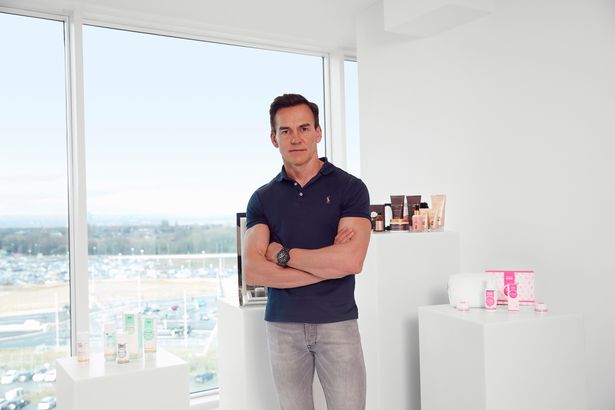 The group used its initial public offering (IPO) to raise £920m for the company and £961bn for existing shareholders.

Despite this, e-commerce giant The Hut Group is widely regarded as less known than the brands it owns and operates, which together serve 169 countries across the world.

The Hut Group is one of Greater Manchester’s five unicorns – privately owned tech start-ups with a valuation over $1bn – which also includes Boohoo Group, Autotrader, AO.com and Onthebeach.com.

The group has what Russ Mould, investment director at AJ Bell, calls a “slightly pick-and-mix collection of assets and businesses of assets” with its most famous probably being Lookfantastic.

So, what is The Hut Group?

When was it founded?

The group was founded in 2004 by Matthew Moulding and John Gallemore with a £500,000 investment.

It was initially a white label e-commerce provider.

In an interview with the Manchester Evening News, Moulding said he came up with the idea for an online retailer while working for Caudwell Group, which includes the now-defunct mobile phone retailer Phones4U.

Moulding initially took the idea to his bosses at Caudwell, but they said no, so he decided to go it alone.

Where are its headquarters?

The Hut Group is based south of Manchester.

In 2019, the group acquired Manchester Airport land as part of its commitment at Airport City where it plans to develop office and studio space over two sites.

In February, work started on its new £1bn headquarters – called THQ – which, when complete, will extend to 1 million sq ft and support up to 10,000 jobs.

Which brands does it own?

The Hut Group is the sum of its parts – and it has a lot of them.

It’s beauty brands include Lookfantastic, one of the leading beauty retailers in Europe, Skinstore and subscription box service Glossybox, which has just under half a million monthly subscribers.

Under its nutrition arm, the group owns flagship brand MyProtein – and its family of sub-brands Myvegan, Myvitamins and MP Clothing – after it acquired the company in 2011.

The group, under Ingenuity, operates more than 200 online retail sites with its end-to-end service and its clients include Nestle, Coca-Cola, Johnson & Johnson, PZ Cussons and Procter & Gamble.

In June, the company announced it had struck £100m of deals with major beauty brands, as it transitioned towards a direct-to-consumer model to meet growing online consumer demand.

What key acquisitions has it made?

The first acquisition The Hut Group made was of high street brand Zavvi, which sells entertainment products.

It acquired Lookfantastic in 2010, along with online designer handbag and accessories retailer MyBag and in the same year acquired I Want One of Those (IWOOT).

These acquisitions were swiftly followed by its acquisition of Myprotein in 2011 in a deal estimated at £60m.

The group acquired ProBikeKit in 2013 and online second hand marketplace PreLoved in 2014.

The Hut Group acquired US-based nutrition firm IdealShape in 2016 before its acquisition of a host of beauty brands in 2017. These include Glossybox, Illamasqua, spa business ESPA, Hangar Seven and Australian beauty retailer RY.com.au.

In June 2019, the group made a swoop for Jamie Oliver’s Manchester city centre restaurant after the chain slumped into administration.

How profitable is The Hut Group?

In June, The Hut Group announced it had surpassed revenues of £1bn.

During the period international sales grew 66 per cent.

What else do I need to know?

While lockdown saw the “unprecedented disruption” across the airline industry, The Hut Group announced on April 30 a new deal with Singapore Airlines, which included buying two planes and chartering a series of more than 100 flights.

The agreement will see the formation of THG Air, which is hoped to remove the firm’s reliance on scheduled passenger services.

Earlier in April, the group announced a £10m aid package to support vulnerable communities, key workers and emergency services in Manchester during the coronavirus crisis.