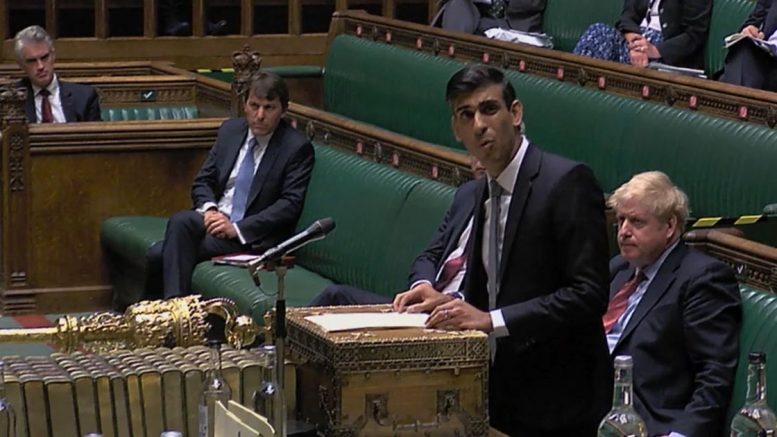 Many of the schemes announced by Chancellor Rishi Sunak in his summer statement will have little impact on the job losses expected at the end of the Government’s furloughing scheme, a leading business group says.

The British Chambers of Commerce (BCC) said many firms are still facing significant cashflow challenges and support announced by the Chancellor in July will not be enough to make up for the end of the Job Retention School support.

The BCC’s coronavirus business tracker found that 43% of companies intend to use the furlough bonus, which gives them £1,000 per employee who is brought back from furlough and kept on until January.

But other schemes are likely to have a much lower take up and almost a third (29%) of companies said they expect to cut their workforce in the coming months.

The survey has been released after a rash of announcements on job loss in recent days, including more than 850 from Sunderland’s Hays Travel. Dixons Carphone, Pizza Express and DW Sports have also announced job losses this week, with more than 3,500 positions at risk.

“Expected usage of schemes announced in the Summer Statement is relatively low, indicating they do not provide the right kind of support for many businesses at this critical time and a rethink is needed.

“With confidence and demand not returning at the scale firms need, the Government must take radical steps to slash the tax burden around employment to help companies pay valued staff.

“A major boost to the Employment Allowance, and an increase in the threshold for employers’ National Insurance contributions are needed now if he wants to help viable companies save jobs as the furlough scheme comes to an end.”

The BCC survey found that just over half of firms (55%) reported a slight or significant decrease in their cashflow compared to last month. Of those surveyed, 43% of firms intend to access the Job Retention Bonus, but 40% will not use the scheme.

The warning from the BCC comes just a few days after the Federation of Small Businesses (FSB) said further help was needed for employers as the furlough wind-down begins.

The small business group also called for different forms of support, including National Insurance holidays, increases to the Employment Allowance and greater incentives to take on apprentices.