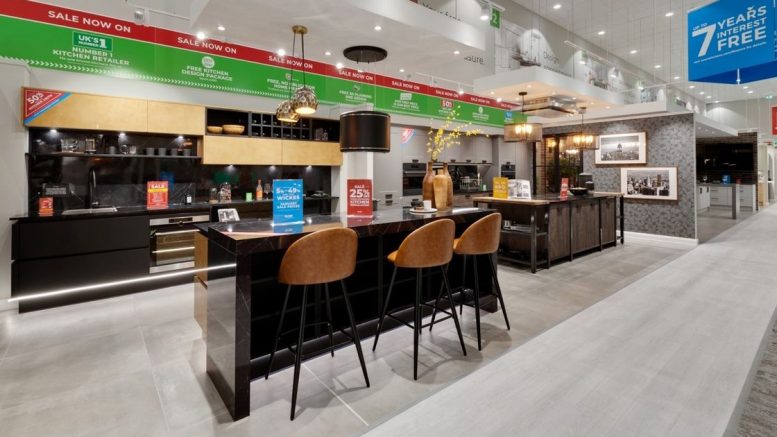 Wren Kitchens has opened two showrooms in a week as it edges closer to the 100-store portfolio.

The £600 million giant, headquartered in northern Lincolnshire, has added Wakefield and Wolverhampton to the list, with 40 jobs created between the two.

The 94th and 95th additions feature 144 displays and the Barton company’s the award-winning dual screen 3D software to allow customers to visualise builds.

In Wakefield, Wren has launched on Westgate Retail Park, with St John’s Retail Park in Wolverhampton the latest.

Wren anticipates hitting 100 in September, with Mansfield, Altrincham, Oldham, Greenwich, Northampton, Kings Lynn, Durham and Carlisle all on the list for 2020.

The company is also entering the US market too, replicating the vertically integrated sale, manufacture, delivery, install model.

More openings have already been highlighted for 2021 too, as it plays catch up on store footprint with traditional competitors.

As reported, the company saw 25 per cent year-on-year growth in 2019, the 10th full year of trading for the business, created by Hygena founder Malcolm Healey. It took turnover above the £600m mark to cap a decade of continuous growth.

Next CEO on office-wear sales, city centres and a Covid-Christmas