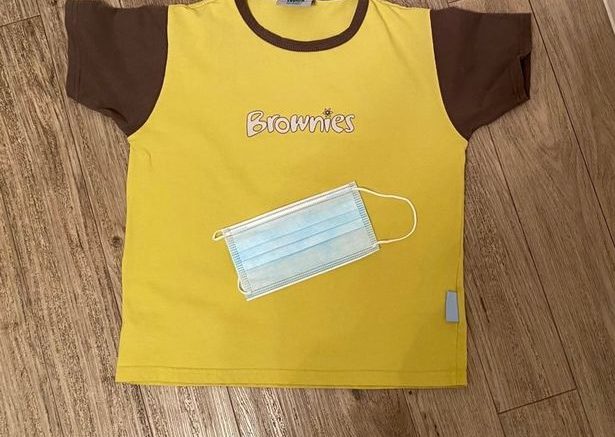 Parents say they have been pulling their children out of Brownies and Guides because they’re being made to wear masks.

While the government guidance was for over 11s to wear face coverings in classrooms and communal areas, Girlguiding has been telling younger children they need to wear one or else they can’t attend sessions.

Mums have told the Manchester Evening News how they have been ‘forced out’ by the ‘disgusting’ and ‘disproportionate’ Guide rules.

Jasmine Lovell-Davis, whose 10-year-old daughter started Guides near their home in the Forest of Dean last week, said: “She came home saying she was made to wear a mask. She said she couldn’t breathe properly, it felt all wet inside the mask and she hated it.

“I had expressly told them she would not be wearing a mask. I’ve now emailed to say she will not be returning until they stop their ridiculous rules and said how hurt I was that they ignored what I’d said.”

Another mum explained how a similar incident happened with her 10-year-old, despite her telling the group leader that she would not be wearing a mask.

“I explained mine and my daughter’s concerns and that she didn’t want to wear one and because she is under 11 she was exempt anyway,” said the mum, who lives in the Fylde.

“Then when it came to her session ending, she comes out and immediately tells me they made her wear a mask. I confronted them and all they did was deny it and said she agreed to it.

“After talking to my daughter more, she stated they kept telling her all the other Guides were wearing them and she is the only one left out not wearing one and handed it to her, so she felt like she had to wear it.”

The mum lodged a complaint with the The Guide Association headquarters, but says her daughter is ‘refusing to go back after the way they made her feel, it’s disgusting’.

It’s not just Guides either. Mum Katarina Veiram said she had the same issue at Brownies, which is for girls aged seven to 10.

“I took my daughter out of Brownies when they were told to wear masks outside last summer,” she said. “My daughter was still nine then.”

At the time she received an email from Brownies explaining their policy.

It said: “Hi All, It’s lovely to be back to face-to-face meetings again. We would love to continue this for as long as possible, however in order to do so we will now be asking the Brownies to wear masks for the duration of the meeting. This is for a couple of reasons.

“Firstly, in order for us as leaders to be given the go-ahead for face-to-face meetings, we need to ensure that we are following Girlguiding UK COVID-19 guidelines.

“Despite efforts, the Brownies are struggling to socially distance, and so we have decided to put this measure into place.

“In addition to this, we as leaders have vulnerable family members and we do not feel comfortable putting them or ourselves at unnecessary risk.

“This is a firm condition of us continuing with face-to-face meetings and we will not be able to let a Brownie stay at the meeting if she does not come wearing a mask.”

Parent group UsForThem, which campaigned to get classrooms reopened during the pandemic and has spoken out against mask wearing in schools, has had a number of complaints about Brownies and Guides.

Liz Cole, UsforThem co-founder, said: “It is concerning that the Guides, whose mission is to help girls to grow and thrive, is imposing mask restrictions on young children which are completely out of step with the relevant guidelines and vastly more stringent than those required for most adults.

“10-year-olds have always been exempt from mask-wearing in England, and since last week, mask rules have been dropped in classrooms in schools for over 11s.

“Parents have told us they are extremely angry and disappointed about these disproportionate Guide rules – they feel that once again, children are being deprived of normal interactions and experiences and being put last.”

Has your child been told to wear a mask at Brownies or Guides? Were you happy for them to wear one? Let us know your views in the comments here.

A spokesperson for Girlguiding said its mask policy has now been dropped in line with the government’s easing of restrictions, but individual venues or leaders may request them as an additional precaution.

“We had previously advised that at indoor meetings, face coverings should be worn by Guides, Rangers [age 14 -18] and volunteers,” she said.

“The law required all those over 11 years to wear a face covering unless with good reason when attending youth sector activities.

“To make things easier for volunteers to manage requirements for the mixed age ranges in older sections, we advised that all Guides (10+), Rangers and volunteers must wear a face covering.”

She added: “Our volunteers have been working hard to keep pace with changing health and safety policies, as well as the additional intricacies of keeping their members and volunteers safe.

“Some venues in which units are hosted may request additional regulations, such as face coverings, and volunteers may implement additional precautions for vulnerable leaders and members. It is best to contact local units for a better understanding of what measures they’ve put in place.”

The spokesperson said that throughout the pandemic Girlguiding has prioritised the wellbeing of members – ‘doing everything we can to ensure as many young members as possible continue to have adventure-filled experiences, whether in person or online’.

Parents told us they have yet to receive confirmation from their individual units that masks will no longer be required.

One mum told us she thinks most leaders will continue to ask for masks to be worn ‘as they are very frightened’.

She withdrew her 12-year-old because of the mask rule and has taken her nine-year-old off the waiting list.

“They were still enforcing them as of last week,” she said. “And they haven’t said anything will change.

“That’s not going to teach them to be resilient courageous or demonstrate they trust science. To me it shows they are fearful and not trusting of science.”

When Legoland, soft play and other indoor attractions are reopening