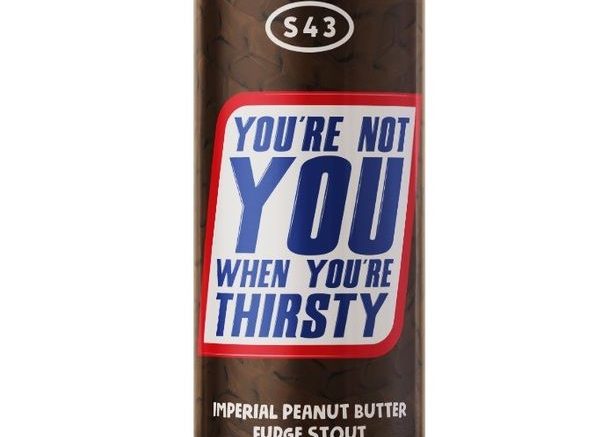 A North East brewery has had to rename a bestselling stout to avoid a legal wrangle with global confectionery giant Mars.

S43, based in Coxhoe, County Durham, was delighted when it recently released an imperial chocolate fudge stout called You’re Not You When You’re Thirsty, which includes the flavours and ingredients found in chocolate and nut bars.

The stout sold out within 48 hours and received widespread praise, but the drink also grabbed the attention of Mars Wrigley with its can design and name, which took its inspiration from one of their products, the Snickers bar, as well as its advert slogan You’re Not You When You’re Hungry.

The firm, which was called Sonnet 43 until a rebranding exercise last year, received a warning letter from Mars, telling it: “We appreciate your enthusiasm for our Snickers brand and recognise that you may not have intended to harm Mars, but in order to preserve the significant investment we have made in protecting the strength and goodwill of our intellectual property, we must ensure that our intellectual property is not misused by others.”

The brewery said it isn’t in a position to pursue legal action, so is taking down the imagery and any reference to the drink on their website and social media.

And having become known for its cheekily-named brews – which include The Dank Knight and Wu-Tangy Clan – the firm has been keen to ensure their fastest ever selling product isn’t forgotten in a hurry.

Marketing manager Alex Clark said: “It has been one of the fastest-selling brews in our history and we don’t want the hard work of the brewery team to be forgotten, which is why we’ll be referencing it as “The One We Can’t Talk About” moving forward.”

“We of course completely respect the effort and time Mars has put into building their brand.

“The creation of this brew was simply to pay homage to one of the brewery’s favourite snacks, using flavours synonymous with the Snickers bar.”

Initially known for their award winning cask ales; Sonnet 43 went through a rebrand to S43 after a bold move to bring over Texan brewer Alex Rattray to focus on their more hop forward Craft Beer range which “You’re Not You When You’re Thirsty” is a part of.

The brewery was founded in 2012 in Coxhoe and takes it name from the well-known verse by Elizabeth Barret Browning, who was born and raised at nearby Coxhoe Hall.

Restaurants ‘will fail unless they focus on safety’, boss warns as venues reopen