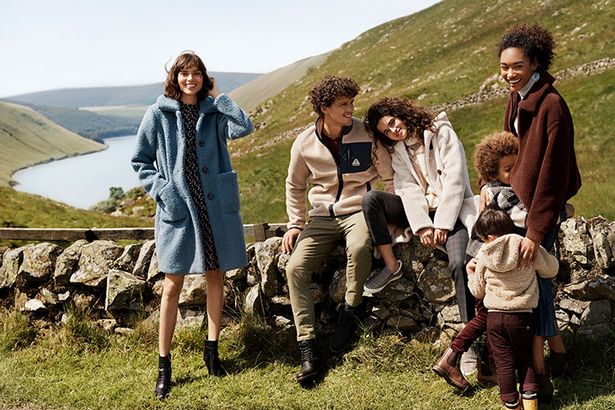 The UK economy is in the midst of a slow-motion car crash, with mass redundancies, shop and restaurant closures and a second wave pandemic now taking hold.

The horror show has been unfolding for half a year now and sees little sign of abating – at least in the near term.

At the start of the pandemic, Next boss Lord Simon Wolfson – who is notoriously conservative in his business forecasts – put up three different scenarios for how 2020 might unfold for the high street chain.

His worst-case forecast was a three month shutdown, and a £1 billion annual drop in turnover.

A month later the Leicestershire-based fashion chain offered an update – sales could plummet by £1.6 billion this year, it warned.

For a company that had adapted well to the shift from in-store to online sales over the last decade, it made for grim reading.

Despite all that, the business, which turned over £4.4 billion last year, said it could “comfortably sustain” the hit and put swift mitigation measures in place – selling and leasing back warehouses and its Enderby HQ to bring in some quick cash, renegotiating rents, cutting stock levels and costs and maintaining cash generation through its customer credit services.

And as shops were forced to close, online sales jumped.

Latest figures show the business bouncing back, with a stronger balance sheet now than at the start of the year.

As a result, and because of its healthy standing in a fashion retail market that was struggling long before lockdown, Next now expects sales to be down just 12 per cent over the full-year, much better than the 30 per cent prediction given in April.

In a virtual press conference with the UK’s national and trade press, Lord Wolfson had this to say about how the business had adapted and what lay ahead:

“What I’ve noticed is everyone is looking for doom and disaster and I think that whilst we think the sales in the second half won’t be as good as they have been over the last 13 weeks, we are not in a position where we are worrying about the company’s stability over the next six months.

“In all scenarios, including the downside scenario, we will still deliver a profit.

“We think that even in the event that we go into another full lockdown it won’t be as bad as the first, largely because we won’t have to close our warehousing.

“In terms of Christmas, if there are still restrictions on people getting together then I think that will affect one part of our business – the clothing that people buy for get-togethers.

“But that is why we’ve picked the minus-12 (per cent drop in revenue) not why we think it might be worse than the minus-12.”

“I think the ending of furlough will result in, inevitably, some economic consequences for the people who are on it.

“All we can do is speak for ourselves. As far as Next is concerned, of our 26,000-odd retail staff we’ve got about 3,000 who are on part-time furlough, very few who are on full-time furlough.

“By the time we get to November we will have enough work for all of those people, so when furlough ends at the end of October we anticipate our sales increase will be enough that we won’t need to make anybody redundant at that time.

“Post-Christmas, a lot will depend on natural wastage between now and the end of the year.

“I think what will happen is, as the year progresses, where we have vacancies we probably won’t take on full-time people – I think we’ll take on temporarily for the Christmas period, so in January we are hoping that we won’t need to make lots of redundancies.

“Certainly we haven’t got plans for that at the moment.”

The future of the office suit:

“In terms of work-wear, I suspect that it is more of a permanent shift. I think far fewer people will be coming to the office going forward five days a week.

“I think people will be going to the office some of the week, but not five days and that will reduce the demand for traditional formal-wear and trends for more casual dressing will continue.”

“In some form or another we think this will have accelerated the structural shift away from high streets and shopping centres and into online.

“There will be some people who didn’t shop online before the coronavirus who had to shop online during the pandemic and that habit will stick.

“The fundamental resetting of [rent] expectations happened long before Covid. For the last two years we’ve been seeing our rent renewals settled at around minus-30 per cent.

“This has certainly exaggerated the trend, with renewals during the pandemic very much in the retailers favour.

“The decline we might have expected over two years has gone into one.”

The future of the office:

“It’s our job to make sure whatever home working we have is better for the business.

“Ultimately, whether or not people work at home is within our control and one of the things we have recognised – and I’ve been surprised by it – is that for some roles some people can perform their jobs better if they work some days at home, than if they had to commute into work every day – particularly for the more solitary work, working in programming, some design work.

“That said, it’s absolutely essential that however solitary your work is, people do come into the office for meetings, to exchange ideas, to get direction, to do training and learning.

“Each area, each department will have to work out for each individual role, what is the right balance to make sure that role is done as well as it possibly can be.”

“I wouldn’t rush to write-off city centres because who knows what will come along.

“People are generally quite gregarious. We won’t make any strategic decision about our store portfolio – any decision we make will be on a town-by-town, city-by-city base.

“The shape of the portfolio will depend as much, if not more, on what our landlords are prepared to accept as rent than by what we want to achieve by way of shaping our store portfolio.”

“I think the overall objective is that business rates fairly reflect the value of the property against which they are raised.

“One of the great principles of taxation is that tax should in some way reflect people’s ability to pay it.

“One of the reasons the poll tax was such a disaster is once you get a huge disconnect between people’s ability to pay tax and that tax then you end up with a tax that ends up not raising very much and causing lots of consequences.

“So our hope is whatever the Government chooses to do they increase the frequency of revaluations to make sure that the rate reflects the rental value of the property.”

“I don’t think it’s affecting our trade at the moment at all.

“It’s very much the issue of the moment and if it was going to have a meaningful effect on trade it would have to affect us for three or four months.”