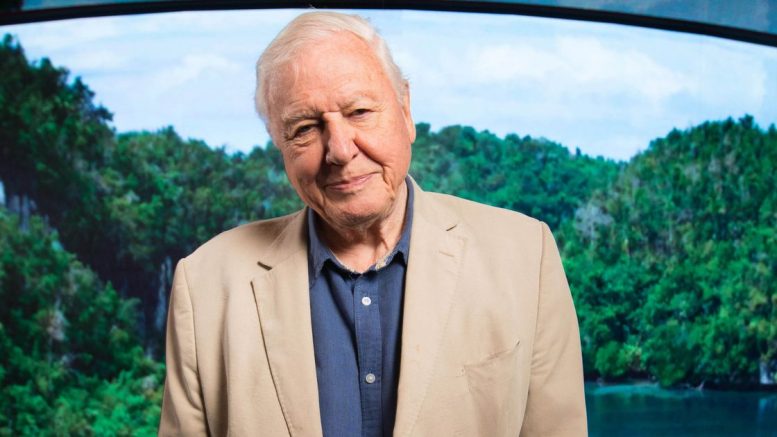 Sir David Attenborough will be making a welcome return to our television screens this summer.

His new documentary ‘Breaking Boundaries: The Science of our Planet Earth’ documents the devastating impact human life has had on planet Earth, and offers solutions we can follow to limit our impact.

Here is everything you need to know about the show, including when and how to watch:

Where can I watch Breaking Boundaries: The Science of Our Planet Earth’?

‘Breaking Boundaries: The Science of Our Planet Earth’ will be released on Netflix on June 4th.

What is ‘Breaking Boundaries: The Science of Our Planet Earth’ about?

The 75-minute Netflix documentary finds the veteran broadcaster joining forces with sustainability scientist Professor Johan Rockström to examine the biodiversity collapse of Planet Earth, and assessing what we can do to slow our impact.

Sir David is a frequent environmental advocate, warning in a recent BBC interview that “the moment of crisis has come”, and that humanity cannot keep on saying “we’ll leave it to next year” when it comes to tackling the environmental crisis.

A full synopsis of ‘Breaking Boundaries’ reads: “Breaking Boundaries tells the story of the most important scientific discovery of our time – that humanity has pushed Earth beyond the boundaries that have kept Earth stable for 10,000 years, since the dawn of civilization.

“The 75-minute film takes the audience on a journey of discovery of planetary thresholds we must not exceed, not just for the stability of our planet, but for the future of humanity. It offers up the solutions we can and must put in place now if we are to protect Earth’s life support systems.”

You might recognise Professor Rockström from award-winning documentary ‘Before The Flood’, which follows Hollywood actor Leonardo DiCaprio as he meets with scientists and world leaders to discuss the environmental challenges planet earth is facing.

Sir David is on a roll right now — his latest documentary is hot on the heels of his 2020 documentary, ‘A Life on Our Planet’, which explores similar themes of environmental destruction and concern.

Who is David Attenborough?

Sir David Attenborough is a veteran broadcaster and nature expert who has been on our television screen for almost six decades.

In 2018, Attenborough was voted “The Most Popular Person in Britain” in a YouGov poll.

Remarkably, he is the only person to have won a BAFTA in every single film format: black & white, colour, HD, 3D and 4K.

The Panini EURO 2020 sticker album: when is it out and how do I get started?