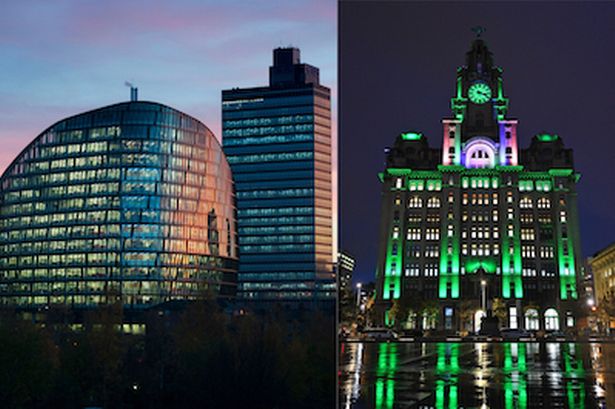 The new arena set to be built close to the Etihad Stadium in Manchester and become the UK’s biggest will be called Co-op Live, it’s been revealed.

Oak View Group today announces it has joined forces with Co-op for the £350m project, which is hoped to rival New York’s Madison Square Garden and London’s O2.

It comes after plans for the massive 23,500 capacity venue in east Manchester were approved by the council’s planning committee on Thursday.

Oak View said the move will create 3,350 construction jobs and 1,000 roles and apprenticeships on completion. It’s hoped work could begin within weeks.

The firm said Manchester-headquartered supermarket chain Co-op, which opened its first offices in the city in 1863, has become a “significant presence” in the UK’s music scene, with pop-up shops at festivals such as Glastonbury.

Member-owned Co-op will play a “vital role in the continued development of its home city to showcase the power of co-operation and community and its vision to co-operate for a fairer world”, it said.

Discussions began over a year ago and Steve Murrells, group CEO of Co-op, said: “Co-op is set up with a clear goal to serve the interests of its members and invest for the long-term.

“The entertainment arena brings to life the co-operative difference and our vision to co-operate for a fairer world, from its sustainable construction, support for communities, zero food waste and member only exclusive benefits. It will not only enthral audiences, but every time people watch a live act they’ll be doing good in local communities across the UK.”

Sign up for your free BusinessLive North West newsletter

BusinessLive is your home for business news from around the North West- and you can stay in touch with all the latest news from Greater Manchester, Liverpool City Region, Cheshire, Lancashire and Cumbria through our email alerts.

You can sign up to receive daily morning news bulletins from every region we cover and to weekly email bulletins covering key economic sectors from manufacturing to technology and enterprise. And we’ll send out breaking news alerts for any stories we think you can’t miss.

By bringing together North West coverage with that from across Reach’s titles in England and Wales, BusinessLive will shine a spotlight on the entrepreneurs, the stars of the future and the small firms that are the backbone of our economy.

Visit our email preference centre to sign up to all the latest news from BusinessLive.

The arena will be located on the Etihad campus, continuing the regeneration of the Eastlands area started by the 2002 Commonwealth Games.

It’s the the single-largest construction project in the city, and is hoped to give the regional economy a much-needed boost following the impact of the pandemic – of £1.5bn over the next 20 years.

Around £1m from the stadium will go to good causes across the UK, distributed by the Co-op Foundation, with the arena set to become one of the “most sustainable and socially responsible buildings of its type” in Europe.

The Co-op said it will back the arena’s apprenticeship programme and provide direct employment opportunities for its six secondary and college academies across Greater Manchester.

Once open, the Co-op will offer its members benefits including pre-sale tickets, discounts on food and drink, and competitions. The arena will also sell Co-op food.

OVG, founded by Tim Leiweke and Irving Azoff, hopes to host its first event in the new venue in 2023.

The partnership will run for 15 years.

Mr Leiweke, CEO, said: “We’re delighted with this partnership and join together with the Co-op team to build the new world-class arena that Manchester deserves. Our shared vision with Co-op is what makes this partnership so special.

“Our partnership goes way beyond a normal naming rights agreement. The shared values will help define the ethos of the venue, including bold commitments on sustainability and community.  I’ve said from the beginning of this project that this arena will be of Manchester, for Manchester and by Manchester, and this partnership with one of the city’s most iconic brands is a critical part of that.

“We can’t wait to work together to bring amazing live event experiences, in one of the world’s best arenas, to Manchester.”

21 top North West appointments you may have missed