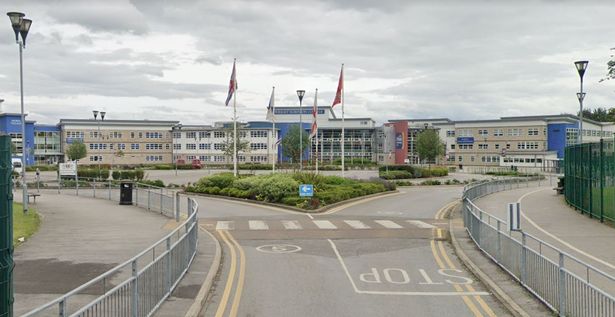 Union leaders say we’re ‘paying the price’ for the decision to bring all pupils back at once as more schools confirm positive cases.

As we come to the end of the first week back for most children, more than 20 schools across Greater Manchester have been affected by pupils, staff or both testing positive for Covid.

In some, just a small number of pupils are isolating as a result, while others, like Shevington High in Wigan, where there have been ‘multiple positive cases’, the entire Year 8 cohort has been sent home.

Schools liaise with public health to decide who needs to isolate, based on their individual circumstances.

While the Department for Education has stressed it is not expecting whole classes or bubbles to be sent home for each positive case, that doesn’t appear to be what’s happening on the ground. But where last year a confirmed case could have taken out one or two primary year groups, it seems isolation is being restricted to the individual’s class.

In secondaries, since returning in September, most have only been sending home close contacts – usually those who sit near to the positive case in class and all of their friendship group – although if cases are linked it’s considered an outbreak and then the whole year group is sent home to self-isolate.

At Knowsley Junior School in Oldham, where there’s been a positive case in Year 6, one parent told us that just one class is having to isolate.

He said: “It’s a three form entry school, so there’s three Year 6 classes and they’ve managed to only close the one as the classes are kept in bubbles.

“I think primaries have difficult decisions to make as the students are together all day so I expect that trying to find who was a close contact is a difficult choice.”

The dad said he ‘expected disruption’ when schools returned, but wasn’t expecting his son to be back home so soon.

“I wouldn’t say I’m annoyed as I expected disruption, but just not in the first few days of the term,” he said. “It’s not the school’s fault though. My son isn’t phased by it now, he’s doing his home learning. The impact is felt due to me not being able to work as I’ve got to stay home to be with him.”

The list of schools where cases have been confirmed today:

Jac Casson, of Greater Manchester’s national executive members for NASUWT, said: “The NASUWT Teachers’ Union, along with all of the other education unions, local authorities and local public health leads, asked the government to plan a phased return to schools.

“We asked for this so that 10 million pupils and staff did not go back into public circulation on the same day, after nine weeks of national lockdown.

“We asked for schools to operate rota systems to reduce numbers and allow social distancing. The devolved nation’s governments decided on a phased return to schools because they listened to the experts.

“Our government made a political, rather than a practical decision, and pressed ahead with a ‘big bang’ approach. As a consequence, increased transmission is more likely because more children are mixing with each other, and more teachers and support staff are in schools and colleges, and it is more difficult to control due to the numbers involved.”

Representing Greater Manchester’s teachers and school leaders who have ‘worked tirelessly throughout this pandemic’, she said they all ‘want to be back in schools, and want the children back in classrooms, but they want that to be done safely, because this is not just about schools, it is a public health issue’.

And she repeated the union’s call for all staff working in education to be vaccinated, something they have been pushing for with their #vaccinate2educate campaign.

Keep up to date with the biggest and best stories, including suggestions for family days out and ways to keep the kids entertained.

It’s completely free to sign up; all you have to do is fill in your details at the top of any ‘Family & Kids’ story, including this one. Alternatively you can sign up here.

Ms Casson added: “The campaign has gained a lot of public support because people realise that if education staff are protected they are far less likely to need to self-isolate and cause less disruption to schools and colleges.

“Social distancing for teachers, particularly in the primary and special sectors, cannot be guaranteed. Again a political decision has been made to ignore our request, despite many local authorities advising that they would have the capacity to vaccinate all school staff in a matter of days.”

We reported earlier today how hundreds of children have already been sent home from schools since Monday.

Many of the cases are being picked up by rapid lateral flow tests being done by secondary students and staff at all schools.

If your school is affected by a positive Covid test, let us know in the comments, or email emma.gill@reachplc.com.