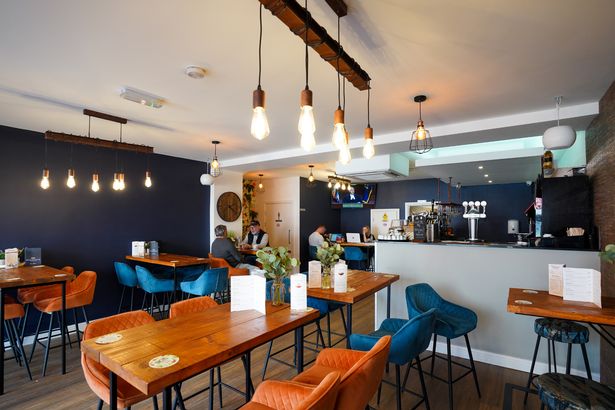 A top Bolton chef has opened up his own bistro – with the promise of something a bit different from your average pub meal.

Gareth Mason previously worked as the executive chef for acclaimed restaurant chain Retreat, but has now decided to turn his hand to running a business, alongside friend Joe Fairhurst.

Absolute Bar & Bistro has opened in Market Street, Westhoughton, just down the road from where Gareth grew up.

READ MORE : Inside one of UK’s only Cinnabon branches… in a Bolton petrol station

Gareth told the Manchester Evening News : “Joe’s always wanted a bar and he’s been talking about it for a couple of years now. Then he asked me to do it as a bit of a joint venture.

“It’s been open as a bar a couple of months and we’ve been doing food for around three weeks or so.

“Weekends have been really good but we’re still having a play around with a few things to see what the customers want.”

During lockdown, Gareth created some weird and wonderful recipes, including a ‘three-tier’ fish, chips and mushy peas pie, poking fun at the government’s tier system.

Gareth, who now lives in Smithills, admitted that the prices at the bistro are more than some other local establishments but said ‘you get what you pay for’.

“I don’t like to serve up food that’s been cooked with crap ingredients,” he added.

“There are places like Wetherspoons where a full English probably costs about a fiver but I think you get what you pay for.

“You can eat in cheaper establishments but we don’t offer the same as everyone else.”