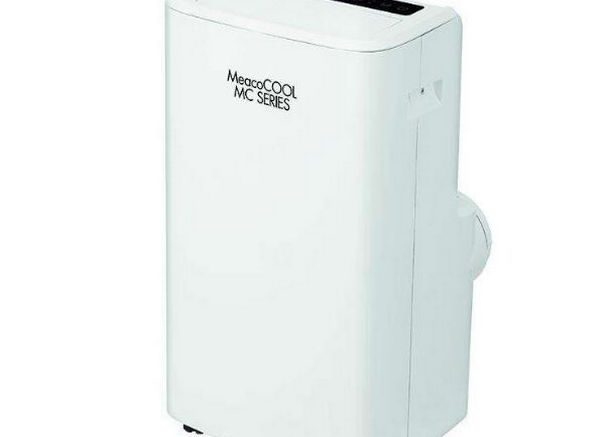 It has been an exceptional summer so far, and we’re told climate change will deliver more exceptional summers in the future. So for the last few months we’ve all been trying to develop new ways to cool our houses down.

Keeping windows open, keeping windows shut, putting a wet towel on a fan, or even just resorting to a cold shower before bedtime will all help a bit – but I’ve discovered the best way to ensure a comfortable night’s sleep in a heatwave is to invest in an air-conditioning unit.

Portable domestic air-conditioning units are nothing new, but only recently have sales started soaring in the UK, as we search for a way to temper the indoor heat as the mercury rises each summer.

A decent portable air-conditioning unit can be bought for around £300, and the difference they make is quite staggering. I know this because I’ve got one running in my south-facing bedroom right now. The temperature outside is 26C, but it’s a nippy 20C in my bedroom. On a day like today, I’d normally struggle to keep it below 25C once the sun starts streaming in.

While I was researching the best portable air-conditioner one name kept coming up; Maeco. Widely available in UK stores, this is a UK-based company with a long track record in domestic appliances and a wide range of air-conditioning systems.

I’ve been using their MC Series 12,000 for a few weeks, including in the current heatwave, and I genuinely wish I’d taken the plunge years ago. Stepping into an air-conditioned room is an absolute delight on a hot day, and I wouldn’t want to live without one now.

Air-conditioning systems measure their performance in something called BTU. It stands for British Themal Unit and it essentially denotes how much energy it takes to exchange the hot air for cold air. The MC Series 12,000 has 12,000 BTU and that’s pretty hefty for a domestic cooler. It’ll easily chill down a room measuring 30 square metres. Needless to say it makes short work of my 13 square metre bedroom.

Maeco’s air-conditioning units start at £300 and that will get you a 7,000 BTU unit, which will manage a room up to 22 square metres, and the larger units, such as the 12,000 BTU version I’ve been testing is £439.99. If you spread that out over, say, 10 UK summers, it starts to make it sound like quite a sensible investment, especially if you struggle to keep your room cool, like I do.

The costs don’t stop there, however. Of course, you do need to bear in mind the cost of running the unit, and how it will affect your electricity bill. There are ways to run an air-conditioning unit sensibly though, and the guide that comes with the Maeco devices is excellent. There’s further advice on the company’s online blog, too.

Positioning your unit correctly is important. The critical aspect is being able to run a big flexible duct out of a window. You can choose to put a large hole through your wall, or you can use a supplied window kit. This kit didn’t work with my window, so I’ve just been running the hose out of an open window, and sealing it off as well as I could with a curtain. It did a pretty good job.

Sadly, the hose is a bit flimsy. I managed to chew up the end a bit getting it in and out of the window kit. It still works fine, though, and a replacement duct is only £25.

It’s also a very heavy unit at nigh-on 30kg. I don’t doubt a smaller unit would be easier to move around and, admittedly, it is on castors, but lugging it up a set of stairs is a two-person job.

Maeco has worked hard on making its units as quiet as possible. But with a built-in refrigeration unit and a powerful fan, there’s only so much they can do. With the fan on low, it’s measured at 53db, which isn’t too bad. With the fan on high speed it’s quite intrusive, but you shouldn’t need this setting on for very long.

The controls are very easy to master, with big, clear buttons and a basic but clear LED display, although I did find the remote control a bit old-fashioned. And it didn’t come with any batteries.

We also have to approach a bit of an elephant in the room, however. Climate change is what’s causing these hot summers, and air-conditioning units do contribute to climate change. This year I’ve decided to do my bit by switching my car for an e-bike wherever possible, and we’ve ditched our power-hungry hot tub. So I do feel like I’m due a few carbon credits.

Maeco does use a modern refridgerant which, they say, is kinder to the environment than other gases, but it’s definitely an issue you’ll need to resolve in your mind before you invest in air-conditioning.

But, for me, I’m absolutely sold. I can’t believe I’ve not gone down this route before, because it’s a fabulous way to ensure a cool, less humid room in any conditions, and to help you have a more comfortable sleep.

It might be an expensive treat, and it might not help your energy costs, but the moment you feel the difference it makes, it’ll help you forget all that.