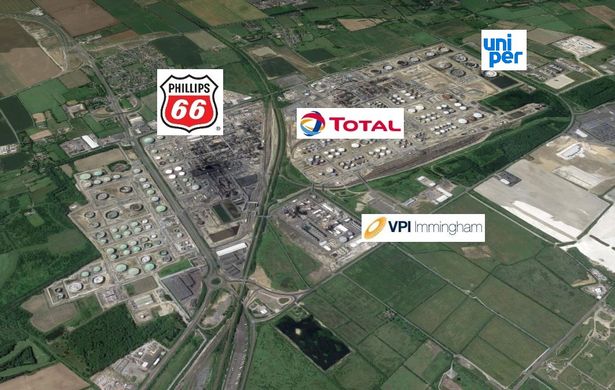 A significant expansion at a South Humber bank power station has been given government go-ahead.

It will provide a further 299MW of capacity at South Killingholme, together with gas and electrical connection infrastructure.

VPI Immingham is a 1,240 MW combined heat and power plant, rated as one of the most efficient in Europe.

Originally developed by Phillips 66, launching in 2004, it was expanded five years later, before being sold by the US oil giant to Vitol.

As well as having the capacity the equivalent of 2.5 per cent of UK peak energy demand, 930 tonnes of steam per hour is piped to the neighbouring refineries, in addition to the power provision.

The new development will sit alongside the existing plant, off Rosper Road, with scores of new jobs anticipated, and more than 100 in construction. The timeline will depend on success in power provision contract success.

David Brignall, VPI Immingham manager, said: “We are very pleased that VPI Immingham OCGT plant has been granted a development consent order. The plant which can deliver large amounts of electricity very quickly will complement other intermittent sources of electricity and help maintain grid system stability in the UK.

“Dependant on a Capacity Market contract construction could start in early 2021 employing as many as 150 construction staff. The plant will be located adjacent the existing VPI Immingham asset that already supplies heat and power to P66 Humber Refinery ,Total Lindsey Oil Refinery and the National Grid, safeguarding permanent roles at the facility.”

When first brought forward into the public domain in July 2018, it was hoped it would be operational by 2023. It is to use  flexible, rapid start-up technology – what is known as open cycle gas turbine generation – allowing it to respond to peak needs and drops in variations in renewables input.

It comes as the team behind VPI is involved in the large-scale net zero-focused Humber Cluster Plan, as one of eight key business partners. A refinery-focused hydrogen and carbon capture and storage project is also being worked up to contribute into the grand plan for the region.

Along the bank, and a waste to energy plant at Stallingborough, from EPUKI, has just entered the consent examination stage, while west of Scunthorpe as the 840MW Keadby Two – which claims to be the most efficient gas-fire power station yet – emerges, initial proposals for a third – potentially hydrogen-fired 910MW plant- are being brought forward as the Energy Estuary underlines its credentials alongside offshore wind.