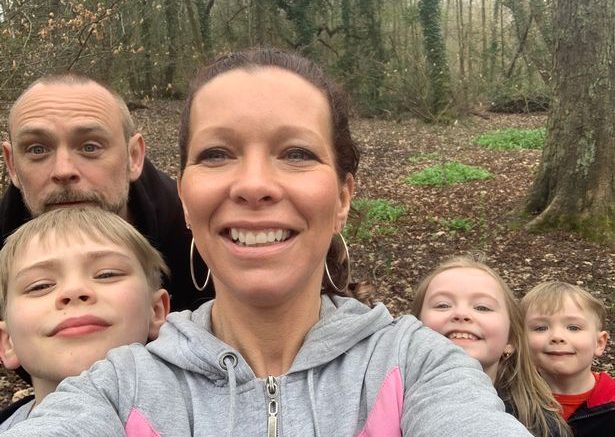 A mum whose work as a party princess dried up during lockdown has published her first children’s book.

Knowing she had to look for an alternative career, Lea Reveley decided to take the plunge and not only write a book, but to also study the self-publishing process and set up a publishing brand of her own.

With a background in marketing, she’s used to putting pen to paper and having three children herself, 10-year-old Stanley, Ellie, eight, and Chester, four, she was able to bounce her storylines off them, as well as roping in some of their friends for feedback.

And they’re not the only ones who approve of the end result, as her book, Tommy’s Unstoppable Gran and The Magic Potion, last week reached number 29 in Amazon’s children’s paperback charts.

Lea, 44, who set up her Party Princess For Hire business in 2014 and also had her own character called Daisy Whoopsie, explained how the book came to fruition.

“Writing has always a passion of mine,” she said. “I never thought that I would actually be lucky enough to be able to hold a copy of my own book but after spending months researching the self publishing process, I decided to take the plunge and set up my own publishing imprint Chestanelle Publishing – a combination of my children’s names – which meant that I could actually make my dreams a reality.

“There is so much support out there at the minute for anyone else who’d like to publish a book but are finding that there are too many hurdles to jump – finding agents, then getting involved in lengthy processes with little control over their creations, and then there are many people are fall victim to vanity publishers and have sadly been ripped off.

“After hearing stories from people who had taken this route and ended up with little to show for their efforts – I was even more determined to go it alone.”

Her three children have ‘loved being a part of the writing process’, said Lea, who lives with her children and husband Ben, 45, in Astley, Wigan. “I’ve even roped in some of their friends to have a read over and provide me with some feedback. The brutal honesty of nine and 10-year-olds has been invaluable.”

Lea’s story is about a 10-year-old boy and his gran and is aimed at children aged seven to 12.

Gran is no stranger to tricky situations, being accident prone, hard of hearing and often getting things mixed up; she’s lucky to have her grandson by her side to help her out.

It explores themes such as kindness, respect and confidence building.

Alongside her party entertaining, Lea has worked in television, films and advertisements as a supporting actor, appearing in shows such as Peaky Blinders, Mount Pleasant, Tango in Halifax, The Zoo, Cucumber and more.

To celebrate the launch of her book, she will be visiting parks close to where she grew up in Eccles this weekend, to leave some signed copies for children to find, along with a bookmark, sweets, stickers and chocolate.

After leaving some in the Walkden area last weekend, she said ‘the feedback from parents of kids who’ve found them has been great’, so this weekend she’s heading to Winton Park, Eccles Park and parks around Godfrey Ermen Primary School.

The book is available to download or buy in paperback from Amazon.