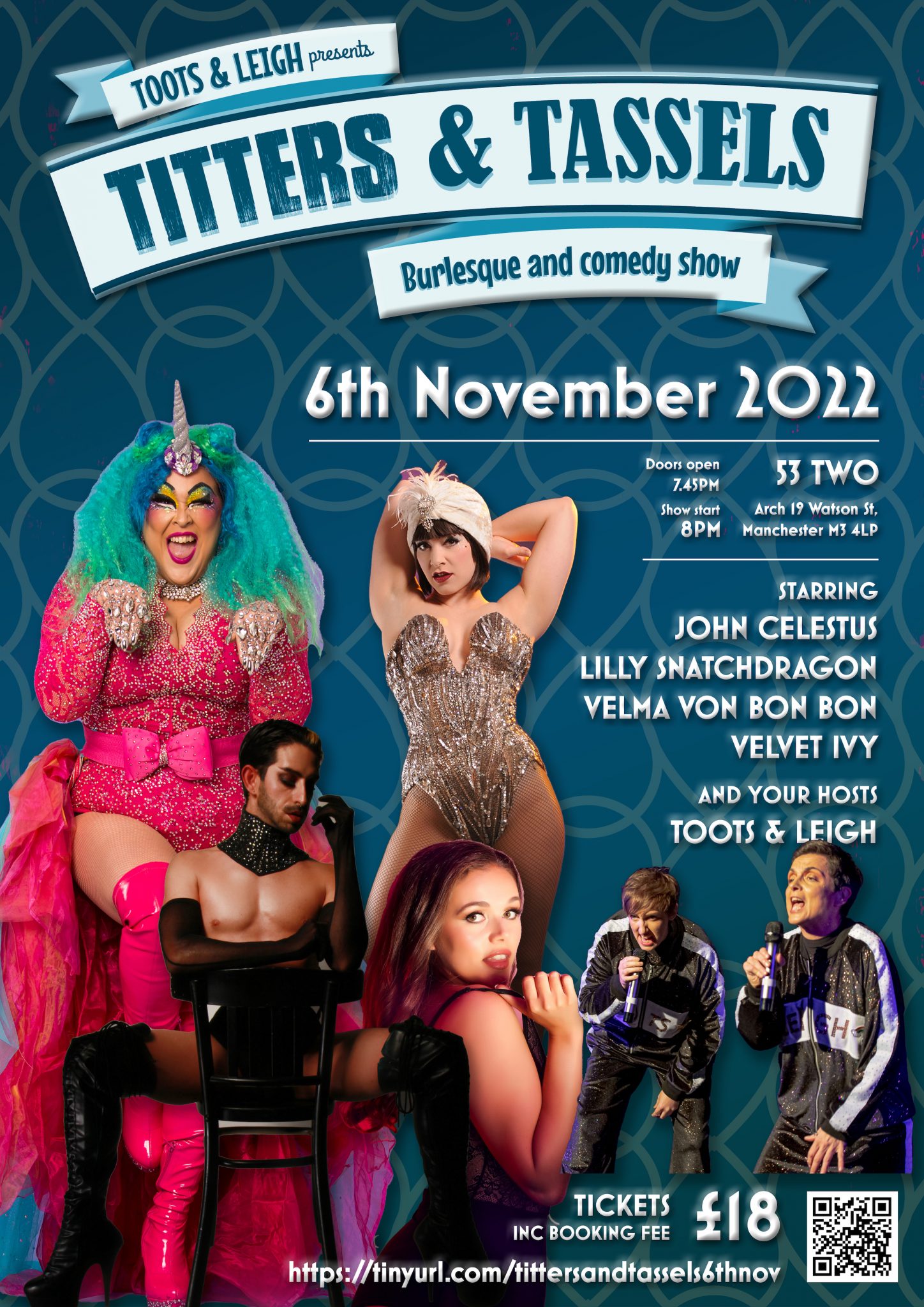 Toots & Leigh are the perfect cabaret cocktail that is part Mandy Tootill with a twist of Kerry Leigh. These very silly and high-octane hosts bound around the stage like two puppies wrestling under a glittery blanket. Can you believe they are still allowed to be in charge of a burlesque show? Neither can we, but it is HAPPENING AGAIN!

Expect love and laughter and provocative song parodies (which is a fancy way of saying they are a bit filthy).

“the funniest pair of tits you will see in burlesque”

Cabaret’s Darkest Darling, John Celestus started as the first Boylesque performer in Greece and became an international headliner, counting more than 13 countries. His passion to entertain and strong aesthetic made him a multiskilled performer ready to captivate even the most demanding audience.

Lilly SnatchDragon is an international, award – winning political comedy drag queen, burlesque artist and compere. Her approach to how the West stereotypes S.E Asian women won her ‘Best Newcomer” at the London Cabaret Awards in 2015. She has been in the Top 10 ‘UK Burlesque Performers’ since 2015, including No. 1 in 2017, No. 3 in 2018 and No.5 in the UK in 2019.

Her most recent engagement was at the London Coliseum for the English National Opera and Improbable Theatre production of ‘Cosi Fan Tutte’.

She is also one of the founders of sell-out show ‘LADS’ and of renowned all- Asian cabaret collective ‘The Bitten Peach’.

Endearingly silly and daintily sexual, Velma has been setting stages alight (not literally) since 2009. She has ridden her oversized flamingo and peddled her monkey organ quite literally all over the UK. Recently she has spread her fantastical delights across to Europe, performing in Switzerland and at the International Stockholm Burlesque Festival.

Velma’s acts are as unique as her sweet self and guarantee to raise a smile, several in fact, perhaps even the odd belly laugh. Who said sexy can’t be funny at the same time? (seriously, who said that, we’ll rough ’em up burly style) Sexy. Funny. All That.

Line up is subject to change.