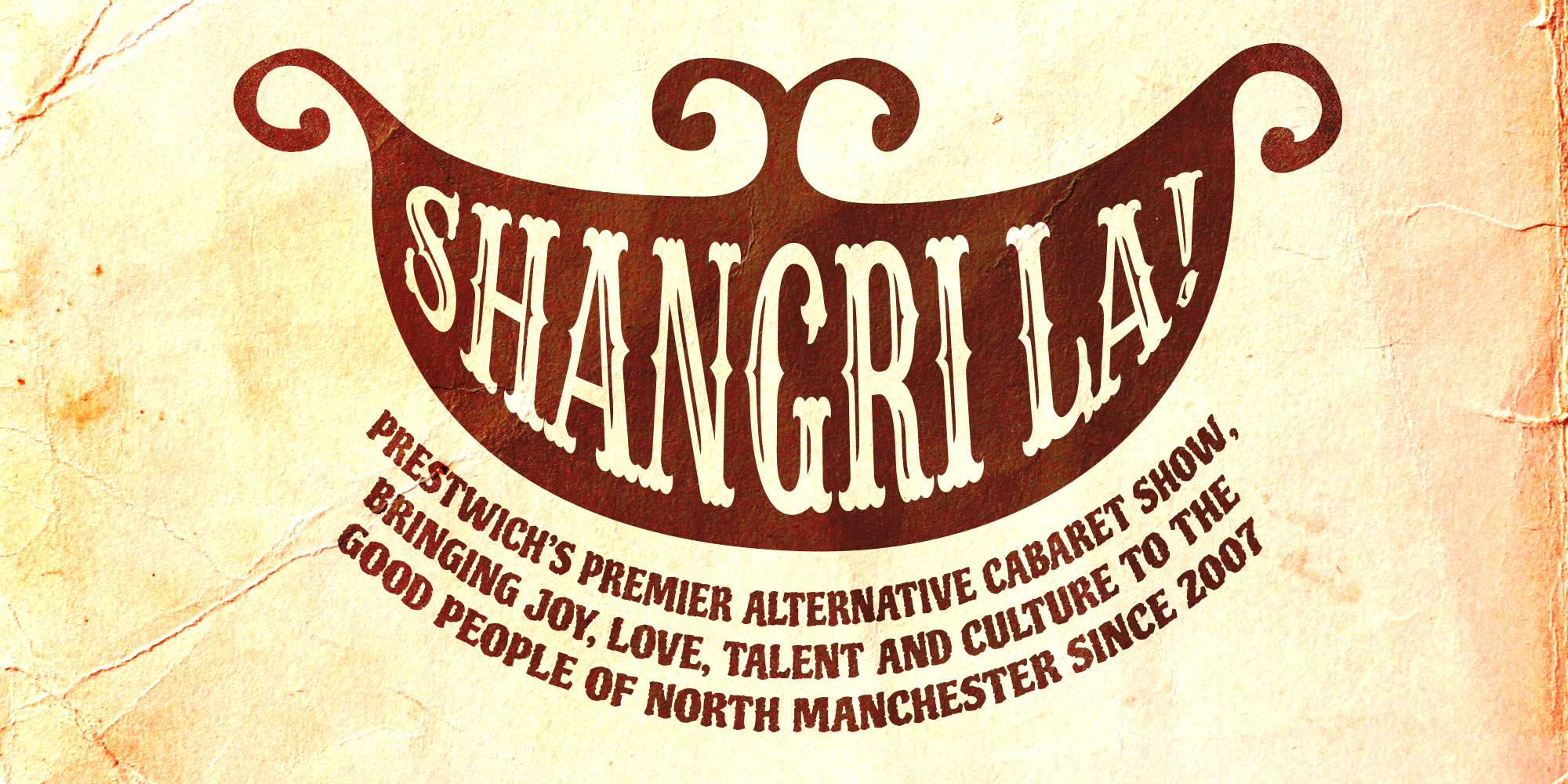 Prestwich’s long-running alternative cabaret night Shangri La! is finally back with a bang this month with another stellar smorgasbord of artistic talent.

The not-for-profit night, which takes place at the Carlton Club in Prestwich, has been a much loved feature of the now burgeoning Prestwich entertainment scene since 2007.  The night features an eclectic mix of music, short theatre, film, acoustic acts, stand-up, spoken word, dance and live bands.

Shangri la! co-host Jo Haydock commented “It’s just great to be back. It’s high time! A bunch of exceptionally talented performers and a load of entertainment starved and over excited Mancunians. What’s not to love?”

His latest alter ego, Noddy Diamond is Neil Diamond’s younger, less talented brother. He apparently wrote all of Neil’s biggest hits and has never been given credit for it… until now!

Mancunian performance poet and playwright, Dave Viney has performed at various venues UK-wide including the Lowry and was chosen by the BBC for their Turn Up the Talent Showcase. As well as co-hosting Bang Said the Gun: Manchester, he has been funded by Arts Council England and is by turns furiously funny and passionately poignant.

Rochdale-born Becky Langan is an astonishingly talented percussive fingerstyle guitarist who explores the outermost reaches of the acoustic guitar.

A former semi-finalist on Sky Art’s Guitar Star TV show, she has recorded at Abbey Road Studios with producer Tony Visconti and received mentor sessions from many iconic musicians, including Tony Iommi and George Benson. Becky is also the founder of Manchester Guitar Night.

Better known for his roles in TV dramas (Clocking Off, Jimmy McGovern’s Accused, Years and Years) and soaps (Emmerdale, Coronation Street, Hollyoaks), Stuart is also a highly talented musician who has been singing in bands since his teens.

Stuart will be performing tracks from his 2020 debut album ‘Songs From A Common Man’, recorded in collaboration with Daren Reece Lamberton at Lisa Stansfield’s private studio, Gracieland in Rochdale.

The eclectic collection of rock, blues, country, folk and easy listening is inspired by everyday stories, and influenced by a variety of musical legends, from Led Zeppelin to Bill Withers, Jimmy Hendrix to Stevie Wonder.