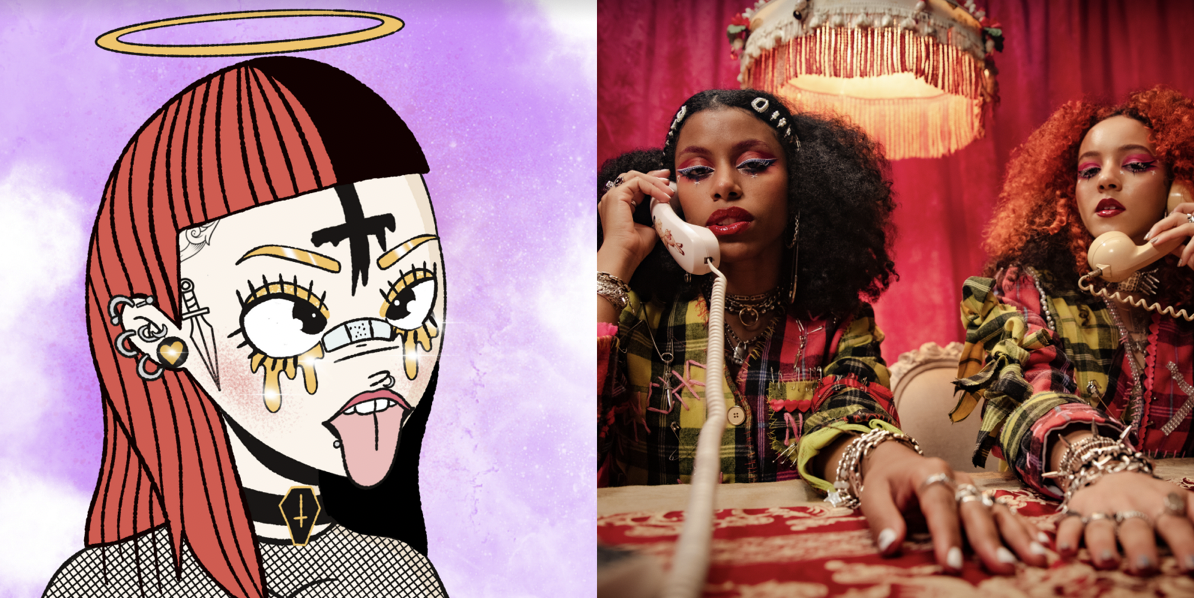 Goth GFs will be teaming up with heavy alternative rock duo Nova Twins for their 2022 UK tour, launching on 2nd February in Cardiff and running through twelve UK cities, with London as its final destination. Goth GFs will be hosting a pop-up at each of the venues, giving the attendees the opportunity to find out more about NFTs and the unique Goth GFs community.

The Manchester event will take place on 20 March 2022 at Academy 3.

Changing the NFT landscape, Goth GFs, available on blockchain platform Solana, launched earlier this year with their inclusive space aimed at those who can feel marginalised in the traditional art sphere. NoFace, anonymous founder of Goth GFs and a self-described Goth, is striving to create a safe space for alternative cultures to thrive. Goth GFs has been created in partnership with leading industry artists HE Creative, who’s long list of high calibre collaborations include Avenged Sevenfold’s Deathbats NFT collection.

Goth GFs will be accompanying Nova Twins on each leg of their UK tour, showcasing incredible art and opening up the conversation surrounding alternative culture in the metaverse, to the awe-inspiring community that they are creating.

Nova Twins, formed in London in 2014, are two childhood friends that came together to create something that destroyed boundaries and defied expectations. The duo represents a clash of ideas from the worlds of punk, rap, pop, hard rock and beyond – whose sound is one that smashes genres and showcases their origins.