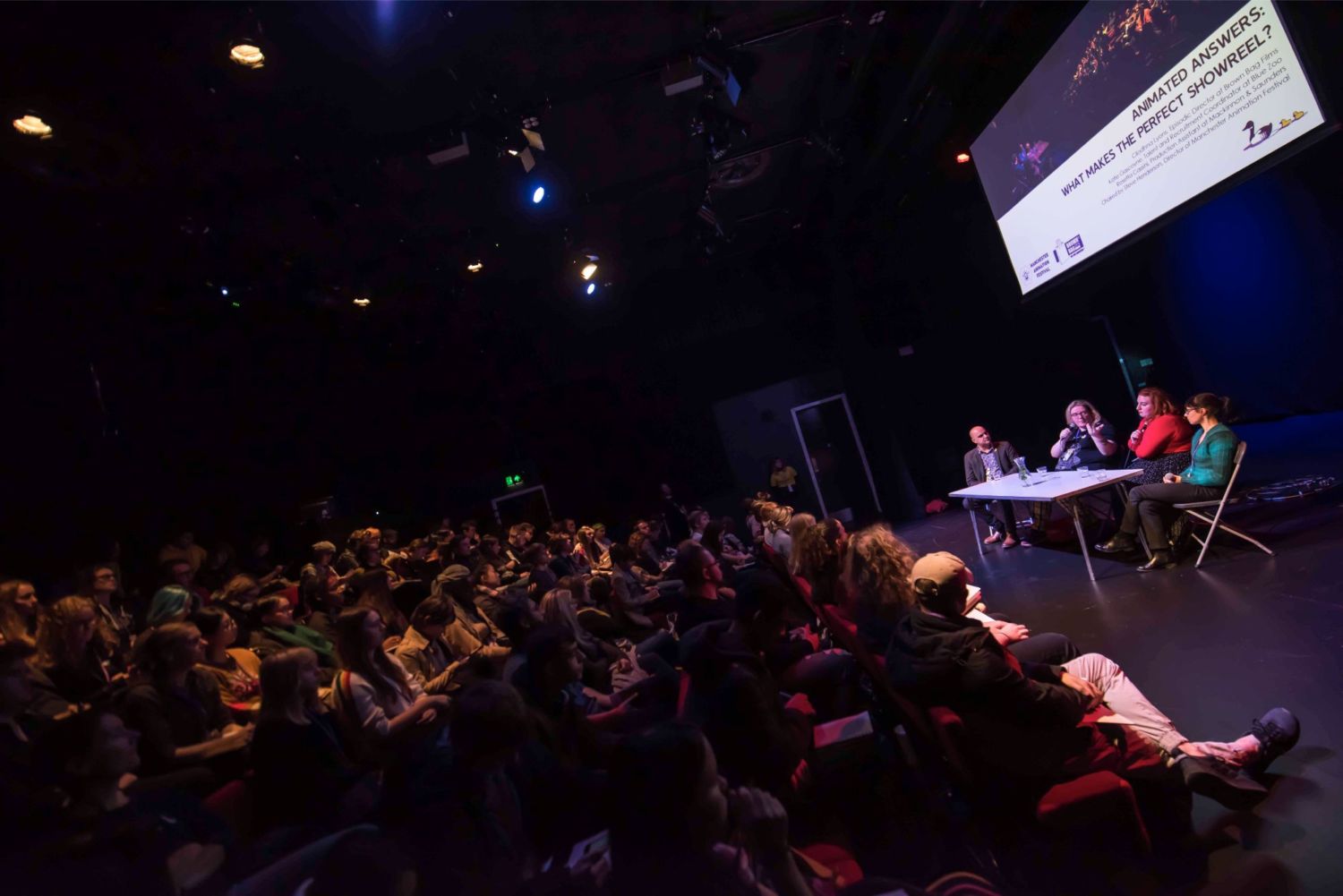 Hosted at HOME in Manchester, the festival brings one of the UK’s biggest animation hubs together and invites the international community to join us to delight in all things animated.

Animation is everywhere, from the smallest smart phone screen to the largest cinematic projection. Manchester Animation Festival unites artists, practitioners, students and enthusiasts and all those in between to savour the many and varied achievements of the animated form.

Headline events at the festival include a Making Of session which will take a deep dive into the Making Of Aardman’s animated series Lloyd of The Flies. The highly-anticipated original series follows the comedy adventures of housefly Lloyd B Fly and his insect friends as they explore the strange world beyond the confines of the compost bin. Stars include Tom Rosenthal (Plebs, Friday Night Dinner) and Callum Scott Howells (It’s A Sin).

Fans will also be invited to take an exclusive behind the scenes look at hit Netflix animation series, Dead End Paranormal Park with creator Hamish Steele and series producer Jen Coatsworth, made by Blink Industries (Don’t Hug Me I’m Scared). Based on the Dead Endia graphic novels and set in a haunted amusement park, the comedy horror adventure series sees Barney (Zach Barack) and Norma (Kody Kavitha) take on eerie unknown forces with the help of talking dog Pugsley.

Collecting the Manchester Animation Festival Fellowship Award for 2022 are Camilla Deakin and Ruth Fielding of Lupus Films. Known for The Snowman and the Snowdog, We’re Going on a Bear Hunt and The Tiger Who Came to Tea, the company has created some of the world’s most beloved adaptations of illustrated classics, including a feature adaptation of Ethel & Ernest by Raymond Briggs. In a special session for MAF, they will tell the story of their incredible studio, look back on some of their favourite films, as well as give audiences a sneak preview of what is next for Lupus.

In a very special event celebrating 30 years of legendary studio Mackinnon & Saunders, Ian Mackinnon and Peter Saunders will give audiences an indepth look at some of their impressive array of works, including features Fantastic Mr. Fox, Corpse Bride and globally adored children’s series Postman Pat, Bob The Builder and Rastamouse.

MAF’s family day makes a welcome return for 2022 with a workshop from hugely popular children’s series Hey Duggee designer Ross Phillips. He will reveal the secrets behind creating beloved characters and teach children how to draw some of their favourite characters from the show, create their very own Squirrel Club member and earn a Character Workshop Badge.

There will also be a special festival preview screening of The Amazing Maurice, an animated family film from Sky based on the wildly popular Discworld ® novels. Featuring an all-star cast, the film tells the story of a streetwise ginger cat who comes up with a money-making scam by befriending a group of self-taught talking rats.

Manchester Animation Festival’s Industry Day is back and bigger than ever with a line up featuring panels filled with industry heavyweights. These include the State of Animation panel featuring: Patricia Hidalgo, Director of Children’s industry at BBC; Kate O’Connor, CEO of Animation UK; Michael Rose, MD of Magic Light Pictures; Tom Box, MD of Blue Zoo; Sean Clarke, Managing Director of Aardman Studios; and Caroline Roberts-Cherry co founder of Saffron Cherry as they debate the issues facing the animation industry today.

Further sessions include an interactive Meet the Puppets event with both the Cosgrove Hall Films Archive and Mackinnon and Saunders, a BBC boxset screening featuring family favourites from CBeebies and CBBC, a sculpting social with Jim Parkyn, an online sneak peek at Chris Garbutt and Rikke Asbjoern’s upcoming Netflix interactive special, “We Lost Our Human”, and an Industry Insiders panel where experts from the world of animation will cover a wide range of topics.

With screenings of at least 121 different short films from over 37 different countries – more than ever shown before at the festival – and exclusive premieres including The Island, Claydreams and No Dogs or Italians Allowed, this is an event not to be missed.