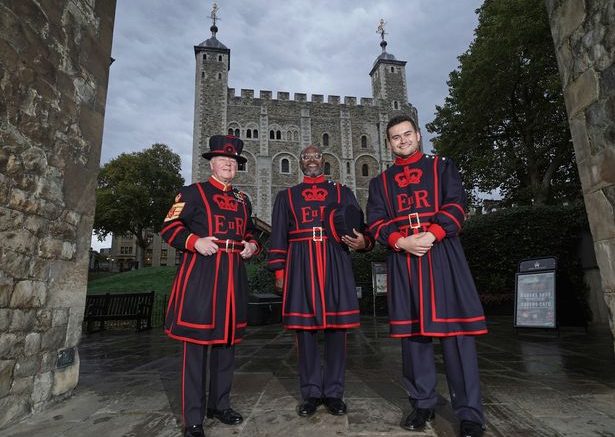 The English National Opera could relocate to Manchester from London amid a major shake-up of arts funding across the country.

The prestigious national institution said it was considering moving its headquarters to the city as Arts Council England (ACE) diverts grant money away from the capital.

The registered charity today announced a new three-year funding programme that would see millions of pounds move from London to other parts of England.

READ MORE: Mum branded ‘ignorant’ after complaining of being ‘the only white family’ at soft play centre

While some institutions such as Donmar Warehouse Theatre and The Royal Opera House will see their grants reduced, The English National Opera (ENO) has been removed from the ACE’s portfolio entirely.

Instead, the company will receive a £17 million grant over three years to develop a “new business model”. In a statement on its website today, the ENO announced it was considering Manchester as a potential new home.

It said: “Today’s announcement marks the start of a new chapter for the English National Opera (ENO). For the past four years, the ENO has been reimagining what a modern opera company should look like, building new audiences and reach beyond London.

“Whether increasing diversity on and off stage, in the pit and in our audiences, supporting important national institutions such as the NHS in their Covid response with ENO Breathe and increasing our presence on broadcast and digital platforms with brilliant operatic work, the ENO has repeatedly been at the forefront of innovation for the entire opera industry.

“Today’s offer of investment from Arts Council of £17 million over the next three years will allow us to increase our national presence by creating a new base out of London, potentially in Manchester. We plan to continue to manage the London Coliseum, using it to present a range of opera and dance whilst maximizing it as a commercial asset.

“The ENO has vision and purpose and we aim to support the levelling up agenda by reimagining opera for future generations across England.”

The ACE’s new national portfolio of funding for museums, libraries and other art organisations for 2023 to 2026 includes new investment to 276 institutions that previously weren’t part of the programme.

It means a total of 990 institutions will share £446 million each year, up from 714 organisations previously, resulting in some institutions seeing a cut to their annual funding.

During a press conference on Friday, ACE chairman Sir Nicholas Serota said the increase of funded organisations was partly a reflection of the increase of applications as well as the Cultural Recovery Fund established during the pandemic highlighting “many” arts organisations they had not been working with.

Sir Nicholas said: “I think it became clear to us that there was an enormous quantity of activity that really demanded support and certainly deserved support so it was natural in way that if we could, to increase the number of organisations within the portfolio.”

As part of proposed plans, ACE also announced £43.5 million investment to organisations outside London contributing to levelling up for the next three years. It will see a 95pc increase in investment across 78 designated areas, towns and cities, including Blackburn, North Devon and Mansfield.

During the press conference Sir Nicholas said: “This investment means that we are supporting more people in more places. We’ve invested so that as many people as possible in England can enjoy the very best of creativity.

“This means no matter where you live, and whatever your background, you will have culture close to your homes. We’re supporting excellence and talent everywhere.”

The Royal Opera House in London was another prestigious institution seeing a cut to funding following the ACE’s national portfolio announcement on Friday.

Following the announcement, Culture Secretary Michelle Donelan said: “Thanks to this new government funding package, spreading more money to more communities than ever before, people living in areas from Wolverhampton to Wigan and Crawley to Chesterfield will now get to benefit from the deep economic and social rewards culture can bring.

“We continue to support our icons such as the Royal Philharmonic Orchestra and Royal Shakespeare Company, but today’s announcement will see organisations in places all too often overlooked get the support they need to transform access to the arts for everyone – no matter where they live.”

Philippa Childs, head of broadcasting union Bectu, said the body is “deeply concerned” by the impacts of the announcement, whose members include the Royal Opera House, Donmar Warehouse and the English National Opera who “face the uncertainty of a move out of London”.

She said: “We are shocked and dismayed at the over £50 million worth of government cuts to London’s arts funding in today’s Arts Council England announcement.

“If the UK has an ambition to continue to be a leading cultural centre we must avoid politically motivated decisions that hinder rather than help support and underpin the fragile ecology of the cultural sector.

“Bectu is calling for an urgent summit with impacted venues and the Mayor of London to discuss the consequences of these destructive cuts. We will be doing everything we can to support our members and advocate for them.”