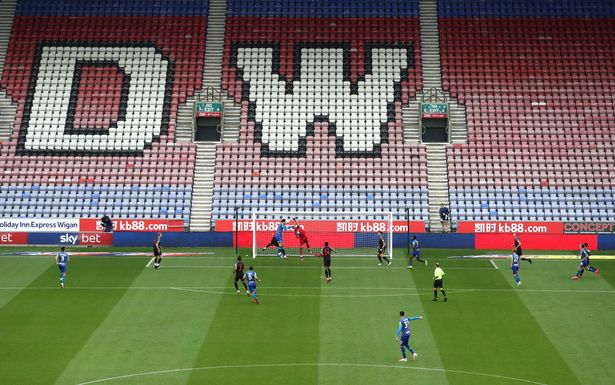 Wigan Athletic administrators have reached a deal with a Spanish bidder to sell the troubled football club.

Officials from Begbies Traynor announced on Wednesday evening they had come to an agreement with the bidder who will remain anonymous.

According to Paul Stanley, Gerald Krasner and Dean Watson, the investor in question has “experience in football”, and the agreement includes a clause concerning payment to the club’s creditors.

That means the team, which is is 16th in League One, will not face a 15-point penalty this season.

Paul Stanley, north west regional managing partner of Begbies Traynor, said: “We are pleased to announce that we have reached agreement with a preferred bidder from Spain. The offer that has been accepted deals with not only the sale of the club but also allows the payment to non-football creditors to avoid the 15-point penalty this season. In addition, a substantial deposit has been receive

“We are now working with our lawyers and the bidder to produce all of the necessary paperwork to submit to the EFL so that successful transfer of the football share can be made at the earliest opportunity.

“The preferred bidder who has experience in football has made it plain that they do not wish for their details to be made public until such time as the sale is completed and we are respecting this anonymity. No further details will be released until EFL approval has been obtained.”

Other deals concerning the sale of the club are thought to have fallen through – and fans will be hoping this agreement can lead to a deal as soon as possible.