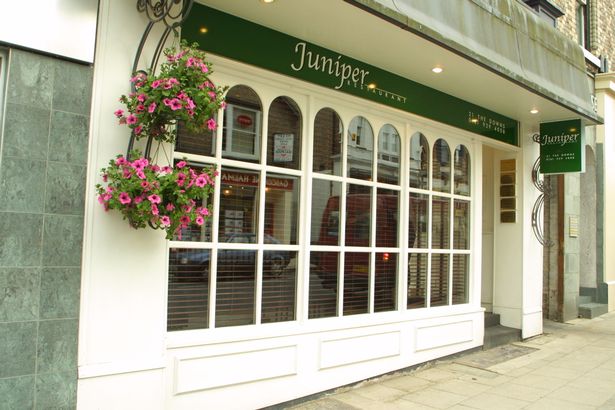 Tributes have been pouring in from across the hospitality world after the sudden death of acclaimed chef Paul Kitching. Paul was known as a trailblazing genius at his extraordinary restaurant ventures.

His inventive cuisine at Juniper restaurant in Altrincham won him the Michelin Star in 1997 which he held there for 11 years, before leaving the venture for Edinburgh in 2008. Together with partner Katie O’Brien they set up the acclaimed 21212 in the Scottish city where he swiftly won a Michelin Star in 2010.

Katie issued a statement on all of 21212’s social media platforms on Thursday with a photo of Paul and the devastating news. On Twitter she wrote: “My love has gone. But what a love x”

Read more : Mystery mural appears on the side of Greater Manchester pub

In a mailing list to customers of the restaurant, Katie paid further tribute to her partner and described her “total shock” at his passing. She wrote: “Dear friends, it is with heavy heart that I write to let you know that I’ve lost my love – Paul – who sadly passed away yesterday.

“The death has come as a total shock to us at 21212 and we are trying to come to terms with the passing of a legend within our industry. Paul was an inspirational figure to everyone who ever had the pleasure of meeting him or working with him and we are all devastated.”

Heartbroken friends, fans and diners have been sending Katie messages of condolence and paid tribute to the foodie genius of Paul on social media.

Chef Gary Usher, who runs the Elite Bistros restaurants group across the north west, said on Twitter: “This is awful news I’m so so sorry. He was so kind to me when I needed an arm around me more than ever.

TV presenter Stephen Jardine wrote: “He was an extraordinary talent and a beautiful human being.”

Romy Diplexcito wrote: “An absolute legend, artist & creator. Full of personality and conversation. Hugely intelligent. The sort of person you meet once and has a lasting impression on you. So privileged to have known him.”

Manchester hospitality consultant Thom Hetherington wrote: “Devastating news, a true original and a lovely man. He flew the gastronomic flag for Greater Manchester for so long.”

Michelin Star chef Michael O’Hare wrote on Instagram: “A true avant-garde and free thinker. What a guy.” Manchester chef Andrew Nutter said: “Gutted to hear this. What a legend”.

For 11 years, Juniper was the only Greater Manchester establishment to hold a Michelin Star. And when it closed in 2010 Manchester would be left in the Michelin wilderness for another nine years until Mana in Ancoats claimed the culinary world’s highest honour in 2019.

The fine dining venue on The Downs in Altrincham became famous for Paul’s mercurial genius, with his extraordinary dishes like cornflake milk and spaghetti puree. It had just 35 covers inside, allowing guests to enjoy the intimate theatrics of Kitching’s cuisine that would include a 25-course taster menu.

When Paul and partner Katie announced they would be leaving the restaurant in 2008, it left the town and fine dining fans bereft. The restaurant was to live on very briefly under the stewardship of acclaimed chef Michael Riemenschneider, but it closed for good in February 2009.

Paul and Katie moved to Scotland’s capital city in 2009 where they opened 21212, a five star restaurant with rooms. The restaurant received numerous awards since opening, including best new restaurant in the UK, a Michelin star between 2009 and 2019 and four AA rosettes.

Paul was also awarded the Prince Philip medal for services to the catering industry.