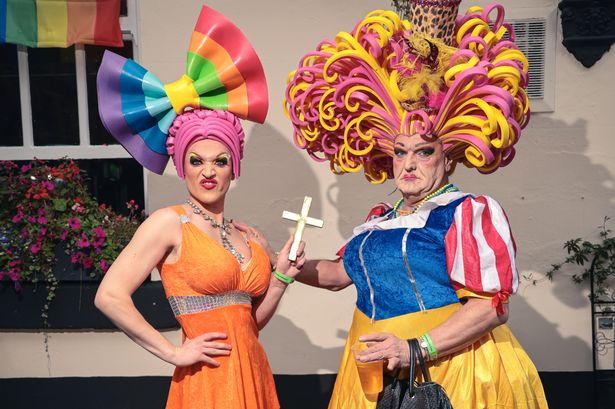 Huge crowds of festival goers were turned away from a stage at Manchester Pride on Sunday evening ahead of a much anticipated performance by Spice Girl Mel C. Queues could be seen forming at the barriers next to Sackville Gardens at around 9pm.

However, shortly after, disappointed wristband holders were then told they could not get through to the Alan Turing stage. It is understood the gardens had reached their maximum capacity.

Videos from the four-day festival, which has been held in Manchester’s Gay Village since Friday (August 26) showed huge swathes of people attempting to get past the barriers to watch the performance on Sunday evening, which will also see Drag Race star Bimini Bon Boulash take to the stage.

The Manchester Evening News understands that Sackville Gardens, where the Alan Turing stage has seen other stars including Nadine Coyle and Jsky perform over the weekend, had reached ‘maximum capacity’, with other disappointed wristband holders being turned away.

Videos and images showed security staff and police beside the barriers, on Sackville Street, as crowds lined up excited for the performances.

One festival goer told the MEN: “It was fine to get into the village and there were lots of people around, but then when I walked to Sackville Gardens it was really busy and there were massive queues of people.

“Earlier on it was fine, but they have now put another barrier up and were telling us they are at maximum capacity. No more people were being allowed through and they told me I couldn’t go through either. There were hundreds trying to get through, it’s packed.

“Lots of people wanted to get in but others were fine with being turned away and went and found something else to do. All the bars are still open and lots of people are on the street still enjoying it and having a great time.”

Another person added: “It lead to a bit of chaos as they were diverting people to enter the site via Whitworth Street, but were then told no one was allowed into the site full stop. They were telling people to move back and now not allowing people onto the site.”

A look back at Mad Friday in Manchester over the years