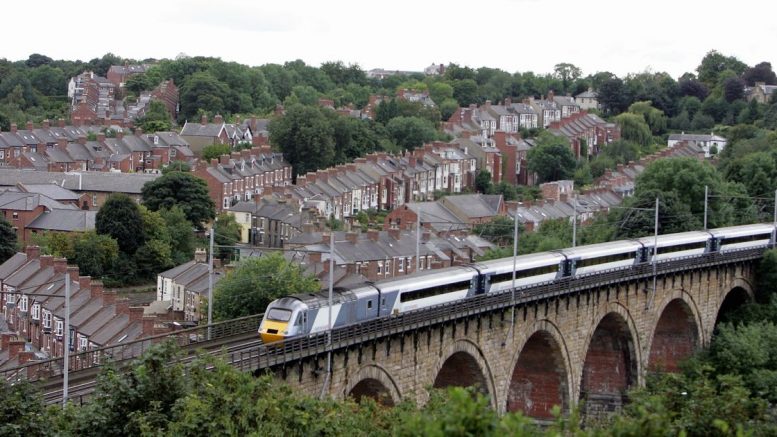 A leading business group in the North East has stepped up its campaign for more investment in the East Coast mainline after it was missed off a £600m funding programme last week.

Ministers last week announced the multimillion-pound package for rail improvements in the North. The Tyne and Wear Metro won £20m funding for modernisation work but most of the money went towards electrifying the cross-Pennine route between Manchester and Leeds.

At the time the North East England Chamber of Commerce called the funding a “missed opportunity” and now its chief executive James Ramsbotham has written to Transport Secretary Grant Shapps to outline his concerns.

He said: “The North East has faced historic underinvestment in its transport network. With only one track north and one track south between Northallerton and Berwick the East Coast Main Line faces severe capacity and reliability issues.

“There simply isn’t enough space for the connections the region needs. With HS2 and Northern Powerhouse Rail also set to join the East Coast Main Line outside of York we need to ensure that these major projects will reach the North East and bring economic benefits to our communities.”

He added: “Without this much needed investment our region’s potential will continue to be held back by out-dated infrastructure. Both the Chamber and the region’s political leaders have been campaigning for increased capacity on the East Coast Main Line to create improved connectivity which will help to create new jobs and training opportunities for people as well as encouraging sustainable travel.

“There is already a united voice from the region and the evidence showcasing the need for investment. The Government now needs to act and commit to investing in the East Coast Main Line and use the new Council to ensure plans are aligned with the TransPennine upgrade and plans around HS2 and Northern Powerhouse Rail.

“We need the Government to act now to show that it is committed to the levelling up agenda and will support investment in the North East.”

£1.75m support boost for 139 more businesses locked out in lockdown

£66m grant to boost ‘shovel-ready’ schemes in the West Midlands