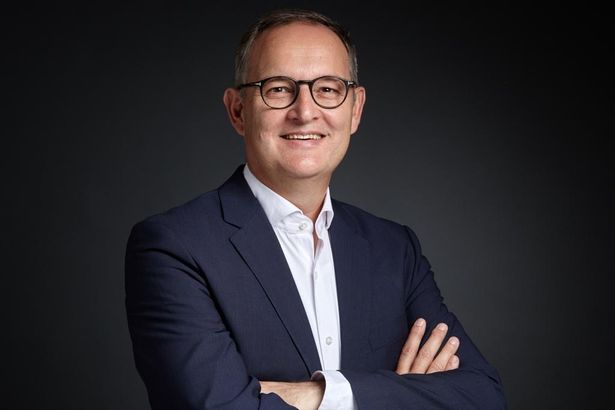 British Steel chief executive Ron Deelen has told how the ‘new’ business is ready to play a part in the build-out of the UK’s recovery.

He said the company’s “transformation remains on track” as he gave an update six months on from the Chinese buy-out.

Jingye Group swooped for the ailing manufacturing giant after it was placed in compulsory liquidation, with debts of £880 million revealed at a High Court hearing in May 2019.

Agreeing a deal with the official receiver last November, the sale completed as stocks started to crash with coronavirus’ initial impact hitting the global economy.

Now the man at the helm of the Scunthorpe-headquartered giant is putting the emphasis on making a “significant contribution to the UK’s economic recovery,” outlining how the company is developing new products, entering new markets and investing in the plant.

Mr Deelen said: “The new British Steel is six months old and no-one could have predicted the challenges we’ve all faced, personally and professionally, during this period.

“We were just a few days out of liquidation and embarking on an exciting new era under Jingye when Covid-19 took a grip in the UK. For many of us the pandemic has been, and continues to be, one of the most testing times in our lives so I’m proud to say that despite the difficulties we and thousands of other companies are facing, the skill and dedication of our people means the transformation of British Steel remains on track.

“Our employees have maintained safe operations and production throughout the pandemic. We’re hugely grateful for this, and for the support our customers and suppliers continue to demonstrate. It’s not only helping us overcome the hurdles Covid-19 has created, it’s allowing us to start making the important changes this company requires.”

Two separate three-week production pauses at the Teesside Special Profiles business unit were instigated during the pandemic, both times returning at the earliest opportunity that furloughing allowed.

Looking ahead, Mr Deelen, who was chief executive of the FN Steel business in Holland, prior to its acquisition in late 2017, said: “With Jingye behind us, we’re embracing new ways of thinking along with smarter and more flexible ways of working.

“We’re developing new products, entering more markets and investing in our assets to modernise plant and improve performance. A great deal of hard work has already taken place, and much more lies ahead given the challenging market we’re in. However, the evolution of British Steel is underway and we’re well-placed to make a significant contribution to the UK’s economic recovery.

“Britain needs to build for the future and we can play an important role in major infrastructure projects like HS2, which needs large quantities of high-quality products like our rail and constructional steel. We already have great experience of supplying into projects of this scale, and our people are focused on delivering the world-class products required.

“The benefits of UK manufacturers being at the heart of HS2, and similar ventures, will be felt far and wide. For example, every 1,000 tonnes of steel produced in this country creates work for 10 people – directly and in the supply chains and communities in which we operate.

“In partnership with Government, stakeholders, customers and suppliers we can help revive the economy – locally and nationally.

British Steel traded through the 11 month insolvency period, with previous owner equity house Greybull – only having taken over in 2016 – immediately stripped of control.

Special managers were appointed, and – after a fruitless exclusive due diligence period with Turkish firm Ataer Holdings – Jingye emerged.

March saw the signing, with Business Secretary Alok Sharma present. A total of 3,200 jobs were saved, with 400 lost, but the deal brought with it a £1.2 billion investment promise.

A key element is an electric arc furnace on Teesside and a new power station at Scunthorpe, as well as investment in the rolling mills to produce high-quality steel products to optimise the portfolio, the building of a new rebar line and enhancements to the current rail mill.

As lockdown restrictions lifted, July saw a major conference held in China, with the product portfolio introduced to more than 300 sales representatives, customers, industry experts and academics in Hangzhou.

British Steel then took back control of Immingham Bulk Terminal, with the 89-acre deep water raw material handling facility having been handed back to Associated British Ports under the previous regime.