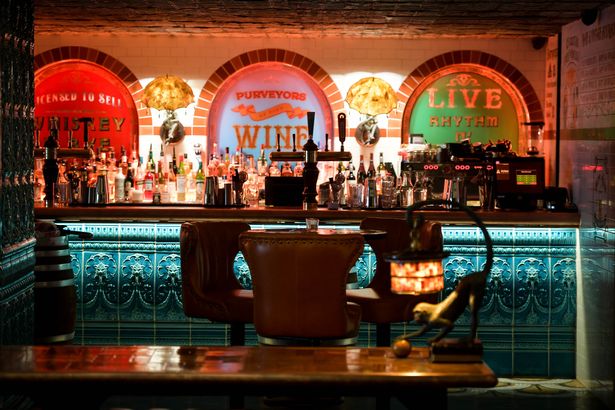 From BBQ diners to dirty burgers and deep dish pizza bars, there are plenty of Manchester restaurants inspired by the United States of America.

While American food trends may have first been brought to our shores by global chains like McDonalds, Pizza Hut, KFC and Hard Rock Cafe, in recent times independents have flourished by offering their own culinary takes on specialities from California, New York City and the Deep South.

Here we take a look at some of the best restaurants in the city offering their take on American classics.

Serving a taste of the Deep South of America, the Blues Kitchen blasted onto the city centre hospitality scene last summer, and has proved to be a huge hit with its mix of BBQ dining and live music inspired by the US.

The owners sensitively restored many of the stunning historic features of the Victorian building on Quay Street, formerly an eye hospital (and more recently the Walkabout bar), while bringing in a wealth of heritage gems from the US to give it an authentic feel.

Naturally, it’s the American hickory slow-cooked meats that are the biggest sellers here – think St Louis pork rib and brisket dip sandwich with bacon gravy, as well as a raft of burgers including The Big Boss for the carnivores, a shrimp burger and two different vegan burger options.

And you get to dine with some of the true greats of American music as your backdrop – with stunning murals of the likes of Ray Charles, James Brown and Aretha Franklin all around the walls.

Bringing the “church of true BBQ” to Manchester when it opened to much fanfare in 2014, Reds has a prominent spot in the city just off Albert Square.

Inside it’s all red booths and “twisted fairground” themed, while the smoke of that barbecue weighs heavily in the air.

There’s a huge menu of American classics – and with a slogan like “Let there be meat” you can be rest assured if piles of meat are your thing, then this is the place for you.

House favourites include the brisket and burnt ends and pitmaster trays, while those with a larger appetite may be tempted by the entire dustbin lid of BBQ goodies (minimum two people for that one).

Reds also first brought us the unholy matrimony of donut burger to the city – which is actually disgustingly tasty.

Ramona has had Instagram a-gog since launching last year in a former car depot on Swan Street on the NQ/Ancoats border.

The venue boasts Detroit deep pan style of pizza, reputedly originating from the car factories of the Motor City, where it would be made in square oil pans.

As such, this is a deep pan affair, with the cheese crusting all up the side of the pan to devastating, Homer Simpson-gargling effect.

The Jabba, with fennel salami, and the Cali Pepps, with a huge ball of oozing burrata cheese dropped in the middle, are future classics.

It feels like barely a week goes by without news of another fried chicken restaurant chain heading to Manchester.

But if you’re wanting a Northern Quarter original, then head to Yard and Coop which boasts it’s the “home of buttermilk-fried chicken” with its own super-secret recipe behind it.

Fried chicken plates, where you can also choose from a range of the venue’s home-made sauces are the big hitters here, as well as the OG chicken wings and range of chicken burgers – those with the biggest of appetites can go for the Massive Cock for £20. I kid you not.

The original and, many will argue, the best of the “dirty burger” bar brigade that first blasted into Manchester as a trend around a decade ago.

The burger joint was inspired by an American roadtrip of the founder Beau Myers, who decided to bring back the idea of huge meat-piled confections teamed with outrageously-named cocktails to the city.

It caused such a stir when it first opened there were regular queues around the block in the Northern Quarter.

Indeed, the Manchester-grown success of the original spawned a second, larger site at the Great Northern Warehouse, as well as in cities across the UK.

The house classics here are the Triple Nom, every bit as meaty as you’d expect, and the Phoenix – topped with Frazzles and bacon bacon mayo as well as their legendary loaded fries.

Following on from the success of Almost Famous burgers, the owners continued their American odyssey with the launch of Tex-Mex bar Luck Lust Liquor and Burn in the upstairs space in the Northern Quarter.

Here, a road trip from California to Mexico was the inspiration for the venue – with a menu packed with SoCal style burritos and sunshine margaritas.

House favourites including the Famous AF burrito and be sure to leave room for the Wonder fries (and churros for dessert).

Bringing us a slice of Chicago in the city is American Pies.

From the people behind Brewski comes this calorific-fest of a place with epic deep dish Chigon style pizza and an unbelievable amount of cheese at every turn.

It’s a laidback affair inside, as well as famously boasting the neon “Pies before guys” to fill up your Insta with.

Inspired by New Orleans’ juke joints, the first Bunny Jacksons roared to life on First Street in the city back in 2017.

More recently it was joined by its little brother Junior Jacksons which is a little more hidden away as a dive bar on Oldham Street.

Both boast of “beer, shots, loud music and sliders” and their famous 20p chicken wings.

It’s also one of the few places you can expect to see the Superbowl live – as it airs American sports all through the week with opening times to 3am every night.

Starting as a tiny burger and shake shop on Oxford Road, the Manc brothers behind Archie’s were inspired by the cool American diner in an 80s film they watched at home as kids.

Now, it’s one of the main places in the city to get a retro diner experience, but in a slick Instagram-friendly form with decor of pastel pinks and neons.

They now have sites at Manchester Piccadilly, Manchester Arndale and the Trafford Centre, as well as the originals on Oxford Road.

At all you can expect an array of loaded burgers and fries as well as the signature milkshakes many of which are inspired by the superstars who have so often frequented here.

The New York-inspired speakeasy bar, diner and pool hall is nestled underneath the iconic Afflecks in the Northern Quarter.

While NYC pizzas were the signature when it first launched, these days the food is modern Asian street food from the team behind Manchester’s Salt and Pepper with no bookings required.

Late night cocktails remain at the heart of the success of this place, and of course it proved such a success that the owners went on to launch spin-offs at New Wakefield Street and the Dog Bowl bowling alley on Whitworth Street.

It’s not all dirty burgers and deep dish though – there are plenty of restaurants taking inspiration from California’s more health-conscious trends of recent years too.

Foodwell on New Bailey takes inspiration from Cali-life by combining dining with mindfulness – boasting a yoga studio next to the bar.

It boasts that even its most indulgent dishes are “kind to the body and soul” think grills, bowls and salads for lunch and an extensive menu of sushi.

By night the restaurant space becomes cocktail bar Firefly, where you can also still get a full menu of health-inspired small and large plates and more of that sushi.

The health conscious will also have plenty to enjoy at Oké Poké, the city’s Hawaiin inspired restaurant in the Northern Quarter.

Poké is a traditional Hawaiian street food that is a healthy alternative to western fast food with a combination of diced raw fish, vegetables and various other mix-ins.

Review: Everybody’s Talking About Jamie at The Lowry