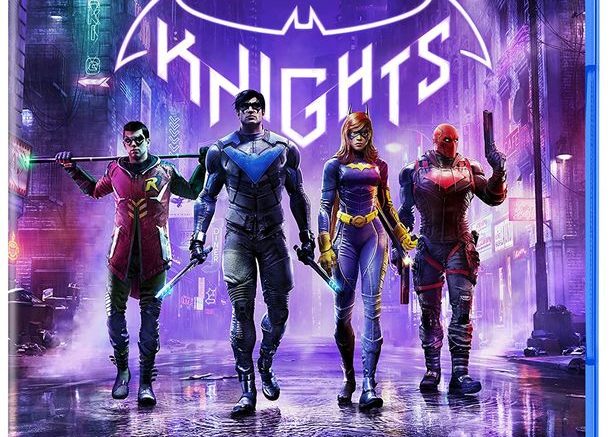 Shoppers looking to get cheap PlayStation 5 games are in luck this week as many retailers are launching Black Friday deals early.

Popular games including FIFA 23, Gotham Knights and Call of Duty: Modern Warfare II are all being discounted ahead of the biggest shopping event of the year. Black Friday falls on November 25 this year and will mean thousands of products will see a reduction online and in stores.

For those lucky enough to have a PlayStation 5 console, and if you don’t see our story here, many games are being reduced across various retailers including Amazon, Currys, Game, Very and more. All are offering competitive prices in a bid to outbid each other to offer customers the best price possible.

It’s also worth noting that many of the same retailers are offering similar deals on Xbox and Nintendo switch games so it’s worth browsing their site for those consoles too. For now, we have compiled a handy list of all the best PlayStation 5 game deals b by retailer so you don’t have to shop around.

Very have officially launched their Black Friday sale and new deals will be dropping every day this week in the run up to Black Friday, so it’s worth saving their landing page here to keep up to date.

The cheapest game available which is selling fast is the Marvel’s Avengers game which has been reduced from £23.99 to just £9.99. While dance lovers can get the Just Dance 2022 PS5 game for £19.99 instead of £34.99, the game does require users smartphones with the Just Dance Controller app.

Uncharted Legacy of Thieves collection is now £17.99 instead of £35.99, and Gran Turismo 7 is now £39.99 instead of £59. Fans of Ratchet & Clank can get the latest game, Rift Apart, for £34.99 instead of £59.99 and Jurassic Park lovers can get this Evolution 2 game for £24.99, the game is the much-anticipated sequel to Frontier’s highly successful Jurassic World Evolution, building upon the ground-breaking and immersive 2018 management simulation.

For football fans, Very has reduced FIFA 23 to £54.99 instead of £64.99, a saving of £10. FIFA 23 officially launched in the UK on September 27, 2022 and marks the last game in which EA Sports and FIFA will work together. FIFA 23 brings The World’s Game to the pitch with both the men’s and women’s FIFA World Cup, the addition of women’s club teams, cross-play features, and more.

Spider Man fans can get the Miles Morales game at a reduced price of £24.99, saving £20 and there’s also a £25 saving on this Sackboy A Big Adventure game too. But the biggest savings on PlayStation 5 games are reductions of £35 on this NBA2K23 game and Final Fantasy VII Remake: Intergrade.

Gotham Knights is still full price at the moment at £54.99 here, as is Call of Duty: Modern Warfare II at £59.99 but it’s worth keeping an eye on the Very pages daily for price drops in the run up to Black Friday.

In terms of PlayStation 5 games, the cheapest on offer on the site is this Curved Space game for £7.99 and there are number of games for £9.99 including, Werewolf: The Apocalypse – Earthblood, Fornite: The Last Laugh Bundle, Marvel’s Avengers and more.

Game also have special offers on The Last Of Us Part 1, priced at £49.99 and F1 lovers can get the game F122 for £42.99. Ghost of Tsushima: Director’s Cut is now £34.99, while Ninja Turtle fans can get this Cowabunga Collection game for £24.99 – Teenage Mutant Ninja Turtles: The Cowabunga Collection assembles 13 classic TMNT games by KONAMI in one package. This collection provides a unique opportunity for gamers to experience these immensely popular and very influential games on modern consoles and includes a fantastic set of new quality of life features.

See all of Game’s deals here.

Currys also have cheap PlayStation 5 games which can be snapped up from just £9.97. The cheapest game they have for the Sony console is this Tom Clancy’s Rainbow Six: Extraction game – users can create a team of elite Rainbow Six Operators and face the evolving alien threat in containment zones.

The second cheapest is last year’s F1 game for just £11.97, while the third is priced at £14.97 for the Battlefield 2042 game, where users can experience spectacular battles with up to 128 players.

Those who want the FIFA 23 game can get it for £49.99 at Currys, this is the same price at Game. While Gotham Knights is £34.99, a price match with Game but cheaper than Very. Meanwhile, the new Call of Duty game is still £56.99 which is cheaper than Game and Very.

Currys also has the God of War Ragnarök, which is a trending game for the PS5 at the moment, however this is still full priced at £62.99. In the game, players can embark on an epic journey to find the means to prevent Ragnarök. Continue the story of Kratos and his teenage son Atreus on the backdrop of Norse mythology. Venture through all Nine Realms as the Fimbulwinter draws to an end and face hostile Asgardian forces in breath-taking battles. Can Kratos break free of his past and help Atreus understand the prophecy of Loki?

The online retailer has reduced Horizon Forbidden West by £20, as the game is now priced at £39.99. There’s also savings to be had on this Gran Turismo game and this Sackboy Adventures game reduced to £21.99. You can see all of Currys PS5 game deals here.