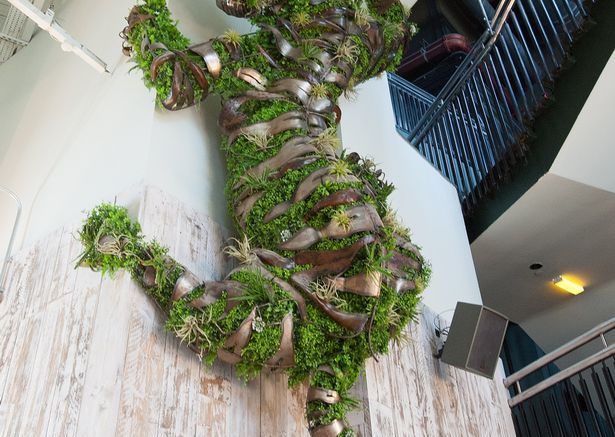 One of the Printworks’ biggest venues has closed after just 18 months in Manchester.

Inside, the venue was a sprawling mix of bar areas, club dancefloors and karaoke booths, themed around the biblical Garden of Eden.

Its central bar area was dominated by a lifelike blossom tree, while a giant metallic tiger covered in leaves crawled up one of the walls.

Despite such a lavish and recent makeover, Eden has been unable to weather the last year of lockdowns and restrictions and has closed for good.

The nightclub industry has been one of the hardest hit by the pandemic, closed since March 2020 and unable to reopen properly until June 21 this year at the very earliest.

News broke last December that the venue was on the brink of collapse, with its owners Deltic Group filing a notice of intention to appoint administrators.

The Printworks has now confirmed that the three-storey club and bar has closed as a result of Deltic Group’s administration.

All mention of the Manchester site has been stripped from the Eden website, though one Eden venue does remain in Portsmouth.

A licensing application has now been lodged for a new operator to take over the unit, trading as ‘Cargo’.

The applicant, Solomon Entertainment Ltd, has a Mr Shmile Khan listed as its director.

Mr Khan’s other appointments include A3D2 Limited – the company that was behind Tiger Tiger.

Jason Shay, centre director at Printworks, commented: “We can confirm the venue, Eden, closed as a result of its owners, Deltic Group’s administration in December 2020.

“We are currently in negotiations with an operator to take on the unit, but are unable to release confirmed details at this stage.

“We’re looking forward to welcoming new brands to our scheme with our aim of becoming a round-the-clock entertainment venue for everyone.”

The Printworks has also recently bid farewell to Waxy O’Connors, with the huge Irish bar quietly calling it a day back in March.

The Panini EURO 2020 sticker album: when is it out and how do I get started?

‘Phenomenal’: Gary Usher and the city’s restaurant bosses gearing up to re-open