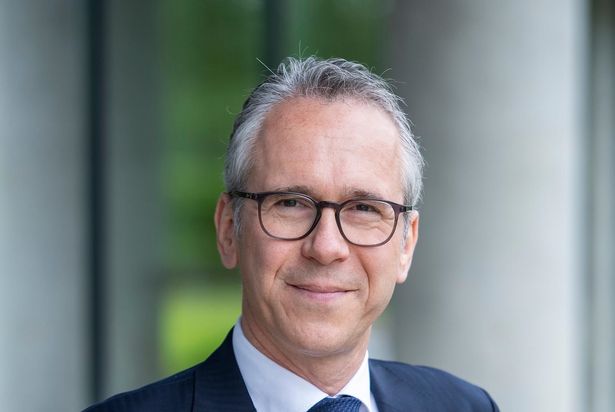 Calls to accelerate green aviation investment in the UK have put a jet fuel refinery on the South Humber Bank at the forefront of the campaign.

Developer Velocys has welcomed the move from a 35-strong cross party group of MPs, with backer and national flag carrier British Airways also endorsing the efforts.

Funding to aid the development of more efficient engines and hybrid and electric aircraft and a short term Airspace Masterplan to cut emissions immediately are also listed.

Led by Sir Graham Brady MP, chair of the All Party Parliamentary Group on Sustainable Aviation, a letter has been sent to Chancellor Rishi Sunak, calling on him to “fuel a green economic recovery by supercharging investment in aviation decarbonisation”.  It follows a plea from industry early last month.

He said: “Decarbonising aviation is going to be a crucial step in meeting our net zero ambitions, but it also offers an opportunity to make Britain a world leader in new technologies. As we emerge from lockdown, support for the aviation industry can drive a sustainable recovery, so that as the Prime Minister says, we can ‘build back greener’. This means building a sustainable aviation fuels industry in the UK, a here-and-now technology that can create jobs and add billions to our economy.”

Planning consent for the £350 million plant – which could be scaled up further – was received during lockdown, with a site at Stallingborough, close to the port of Immingham selected.  It has the potential to be carbon negative, tapping into a region-wide carbon capture and storage network.

Henrik Wareborn, chief executive of Velocys, said: “The Prime Minister said he wanted the UK to build the world’s first zero-emission long-haul passenger plane. In fact, our planned waste-to-sustainable aviation fuel facility in North East Lincolnshire could be fuelling transatlantic flights in just five years’ time without the need to modify aircrafts or engines at all.

“Velocys has the technology, already demonstrated at commercial scale, and such fuel allows a seamless transition towards net zero lifecycle emissions. We encourage the Government to support getting the first few production facilities off the ground and sustainable aviation fuel in the air in significant commercial volumes by the second half of this decade.”

The re-endorsement from the very top of BA will also be welcome.

Alex Cruz, chief executive, said: “Last year British Airways led the way in UK aviation, committing to achieve net zero carbon emissions by 2050. Despite the unprecedented and difficult times we now face, we know it is vital that we continue to forge ahead with our plans to address climate change.

“We are investing in a range of initiatives to meet our commitment, including flying new, more fuel-efficient aircraft and the development of sustainable aviation fuels, which will play a crucial role in the future of global aviation.

“Alongside our partners, Velocys and Shell, we are developing the UK’s first waste to jet fuel plant in Immingham, converting 500,000 tons of waste that would otherwise go to landfill into 50 million litres of sustainable jet fuel every year, which will help to power our aircraft for years to come. This remains a priority and we will continue to ensure that our future is sustainable.”

Among the signatories is Martin Vickers, the constituency MP for the proposed site.

“The Humber is already a green industrial hub and proudly known as the Energy Estuary,” the Conservative said. “With Velocys’ planned waste-to-jet fuel facility in my constituency having recently received planning permission, the area could also become known for developing and exporting green aviation technology.

“By backing this nascent sector now, the Government could build another new green industry on the banks of the Humber, future proof UK aviation for decades, and fuel a green recovery for the UK.”

A Jet Zero Council has already been pledged by government, with Transport Minister Grant Shapps and the PM articulating the long-haul goal set at the announcement.

The letter to Mr Sunak details how the UK aviation sector is the third largest in the world, supporting 4.5 per cent of UK GDP.

In it Sir Graham states there is “a golden opportunity to rebuild a great British industry in a way that protects and creates jobs, fuels a green economic recovery and futureproofs UK aviation for decades to come”.

Highlighting potential payback from such a kickstart at the outset, he states that sustainable aviation fuel production could generate £2.7 billion for the economy by 2035, supporting 18,800 jobs.