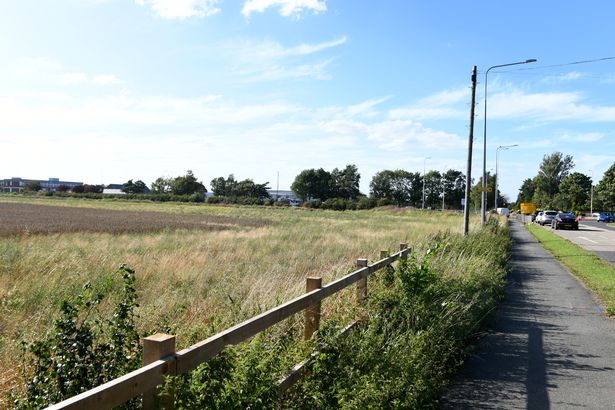 A major new housing development has been put forward for the outskirts of Grimsby.

A first phase plan for 239 homes has been submitted by Barratt Developments to North East Lincolnshire Council.

It is on land at Toll Bar, New Waltham, and is one of the major housebuilder’s first projects in the area.

The developer has told how it has ring-fenced contributions of more than £1 million towards education and highways in its bid to secure the backing for the sire opposite Tollbar Academy, the borough’s largest secondary school.

Outline planning permission for 400 homes on what is a farmer’s field was granted on appeal by an inspector after councillors initially rejected the massive development, which was originally brought forward by Monmouth Properties. The scheme was widely seen as the prime mover for improvements to be carried out at the controversial Toll Bar roundabout. Barratt Developments confirmed its plans in a statement, which said: “Barratt Developments Yorkshire East has submitted a planning application to develop a site to deliver 239 new homes in New Waltham.

“As part of our ongoing commitment to supporting the communities in which we build, we’ve outlined contributions of more than £1 million towards education and highways in the area as part of the application.

“The application for this development is still being considered, and we look forward to seeing how this progresses in the future.”

Controversial plans were originally drawn up to replace the Toll Bar roundabout with traffic lights, backed by the approval of the 400-home development.

But after a long series of protests, the decision to replace the roundabout was reversed when the Conservative party took control of the council at last year’s local elections.

The roundabout will now be kept in place and work started last month on a five-phase, six-month programme of improvements including the widening of entry and exit roads aimed at helping traffic flow more efficiently.

The outlined £1 million-plus contribution towards education and highways follows significant amounts pledged as part of other major housing developments in the area.

A further 300 homes are due to be built in nearby Holton-le-Clay off Louth Road, while Cyden Homes and Persimmon Homes developments in New Waltham and Humberston have also contributed large amounts towards education.

If the final go-ahead is given for the Barratt scheme, work on the new homes on the greenfield site is expected to begin once roadworks and the creation of a lay-by are completed on Station Road.